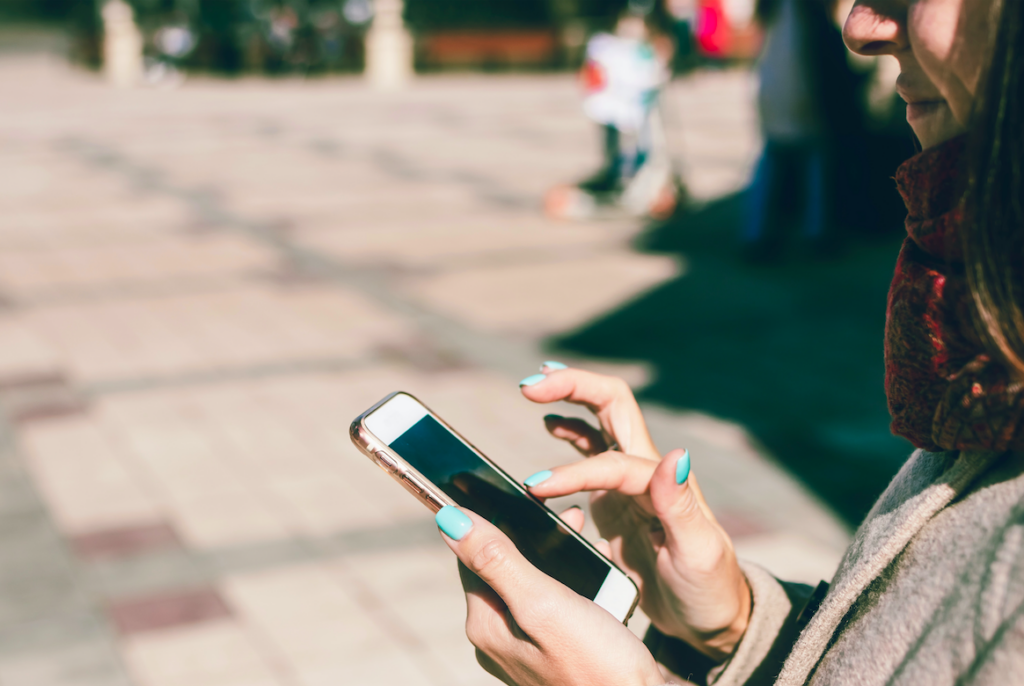 Online disinformation has proliferated beyond our screens via a complex web of superspreaders, say Adam Belcher and Stefan Rollnick.

Warning: Some links in this article lead to sites spreading and perpetuating mis- and disinformation.

On Saturday 24 July 2021, a column of anti-lockdown protestors made their way to the home of Wales’ First Minister Mark Drakeford. This disturbing violation of democratic norms wasn’t spontaneous – it wasn’t even organised in Wales. It was part of a global movement, set in motion by an Islamophobic Qanon conspiracy group based in Germany.

More recently, in August of this year, homophobic protests against a ‘Drag Queen Story Hour’ took place outside Cardiff library – orchestrated by a movement The Misinformation Cell has been tracking across the United States since June. This cross-pollinated with the Welsh backlash to the Relationships and Sex Education curriculum, where organised groups with links to the far-right have mobilised to conflate the Welsh Government’s guidance on the teaching of non-heteronormative relationships with sexualising and endangering children.

Threats to democracy, public health, minority groups and climate action in Wales don’t just come from ‘inside the house’, but now cross-pollinate with bad actors across the globe. All these protests are examples of the offline spillover of online disinformation, are part of a broader ecosystem of radicalisation, and are at risk of acceleration in the next decade.

In a 2009 article for Wired magazine, David Axe prophesied a future where, fuelled by inequality and crisis, disaffected communities would direct ‘their desperation at the most obvious symbol of everything they lack’ and that this desperation could be leveraged by disinformation spreaders. Now, as the cost-of-living crisis bites in Wales, and more individuals and communities feel as though they are losing control of their circumstances, Welsh institutions will feel the strain as disinformation proliferates.

This desperation is being amplified by our cash-strapped local news ecosystem. Some Welsh publications, forced by their click-based business models to use the outrage and desperation of social media to draw users to their content, are deliberately poisoning our online public square, coarsening debate and even facilitating the spread of disinformation in order to generate the engagement required to fund their journalism. For example, the ‘Coronavirus in Wales Updates’ Facebook page – despite being administered by journalists from Wales Online – appears to have little moderation and allows misinformation narratives and conspiracy theories to dominate discussions while harvesting the click-throughs to their mainstream news website. This warrants further investigation and accountability from what is supposed to be a vital organ of democracy.

Our Misinformation Cell has identified an ecosystem of single-issue groups across Welsh social media advancing misleading and divisive narratives designed to whip up outrage and direct it at our democratic institutions. These groups, varying in size, provide free spaces where the latest disinformation narratives are shared with impunity, and real world action is coordinated.

Some stem from local opposition to large-scale green infrastructure projects while others are part of larger networks of disinformation agents, such as Voice of Wales (VOW), and their offshoot, Students Against Tyranny. VOW has used their Telegram group to coordinate large and small opportunistic protests, from a protest against facial recognition cameras at Cardiff Station to a large-scale protest across the Severn Bridge.

Telegram stands out as a key platform for organising and networking and the closed nature of the domain makes it one of the most dangerous. The VOW Telegram network, and other UK wide groups, such as A Stand in the Park, plan their misinformation protests on Telegram, rallying their supporters to events across the UK and within Wales. VOW recently hinted on Telegram that they have formalised their collaboration with Stephen Yaxley-Lennon, the self-styled ‘Tommy Robinson’, a far-right nationalist, demonstrating the porous nature of networks across the UK. This collaboration should be a great concern for anyone interested in community cohesion in Wales.

Patriotic Alternative (PA) Wales, a far-right group who have a countdown on their website for 2066, the date by when they predict white people will be a minority group in the UK, promote their work on a small Telegram group with only 600 subscribers. However, the group has an outsized influence not just on the Welsh far-right scene, but on conspiracy theories and misinformation narratives more generally. PA used Telegram and their website to organise mass ‘Leave History Alone’ demonstrations as counter protests to ‘Stand Up to Racism’ protests in Wales, and have been instrumental in advertising Radio Albion, a far-right nationalist online radio station. Groups like PA Wales are able to fundraise thanks to the passivity of non-profit fundraising platforms like Nationbuilder.

Disinformation often presents itself in response to unfolding events, so there needs to be a strong intelligence apparatus in Wales for identifying threats early

Protests and marches are being planned by diverse groups all over the UK, and a recent spate of sponsored walks from far right and conspiracy theorists are coordinated and funded online. Both VOW and Public Child Protection (PCP) – a UK-wide ‘anti-sex education’ group – have planned and organised sponsored walks online, with PA and Britain First coordinating hiking, camping, and BBQs on their Telegram and Facebook groups as well as their main website. The White Rose, a UK-wide Covid denial group, create stickers and posters for their supporters to spread around their local communities. These stickers have been found across Wales.

PCP, in particular its Welsh branch PCP Wales, has a growing online presence – frequently using crowdfunding sites to fund their protests and raise awareness – and is deeply connected to the far-right. The group utilises this to draw attention to their real world organising and gain the support of other far-right online groups who share messages and advertise protests. There has been an increase in real world action by PCP Wales, with the group being involved in anti-trans protests at Drag Queen Story Hours, protesting sex education in schools, and coordinating events with Lotuseaters.com, a far-right media portal. PCP, by incorporating narratives of children’s vulnerability to sexual violence into their rhetoric, are borrowing from the very dangerous Qanon playbook.

The former TV presenter Anna Brees has helped to legitimise misinformation narratives in Wales. Brees has shared misinformation narratives relating to public health mandates and the Covid vaccine, as well as running uncritical interviews with anti-vaccine group Stand-Up-X and having an interview with Robbie Williams about Pizzagate – the far-right child-sex ring conspiracy theory – reported in the Epoch Times, widely recognised as a far-right disinformation site. She has promoted and appeared at an event run by The World Council for Health, a Coronavirus denial group. Her carefully cultivated image and former career as a media personality has given her a degree of respectability in the mainstream media.

This growing network is working actively to stoke up opportunistic and divisive culture wars at every opportunity, but in knowing the risks for the future we can ensure we are one step ahead.

Mapping the risks for the future: Climate, independence, another pandemic

Disinformation often presents itself in response to unfolding events, so there needs to be a strong intelligence apparatus in Wales for identifying threats early. For example, extreme weather events or ambitious climate policies will likely produce an information response – and we must act before it lands.

Most pertinently, climate action is dependent on public buy-in, and conspiracy theorists – supported by the far-right and fossil fuel interest groups – will be looking to leverage every opportunity to sow public fears about climate action. Adversarial narratives work by creating enough doubt and confusion to stall progressive change. The breakout of a fire on a wind turbine in Hull, and the resulting anti-renewable criticisms off the back of it, give us insight into the anti-climate action playbook.

Our major political parties have a duty to be the first line of defence, not adopting adversarial narratives for opportunism’s sake or political popularity

These narratives – whether it’s about climate or Wales’ relationship with the UK, sex education or vaccines – will always be jumped upon by extreme actors, opportunistic fringe politicians and click-bait publications. Resilience must start with our national and local political apparatus, and representatives must guard against over-interpreting public sentiment based on a noisy few. The threat of political actors weaponising ‘culture wars’ doesn’t necessarily come from the war itself but from the disproportionate fear they generate in the minds of legislators and activists.

Legislators have an outsized responsibility in keeping divisive narratives out of the mainstream of our politics. Ideas are carried through society by ‘social proof’ – and nothing supercharges an idea more than seeing someone in a legislative chamber advocating for it. Our major political parties have a duty to be the first line of defence, not adopting adversarial narratives for opportunism’s sake or political popularity. Celebrities have a similar influence, and the risk of a high profile sports player or cultural icon endorsing adversarial narratives could have an equally damaging effect. There is also a much broader conversation about the future of Welsh media which will play a large part in safeguarding Welsh communities.

The pandemic shed new light on the issue of how disinformation and adversarial narratives impact Wales, and indeed another pandemic requiring wide-ranging public health interventions would dredge many of these vulnerabilities back to the surface. Building a Wales that is resilient to this requires more than just ‘fact-checking’ or media literacy lessons. It requires a deep, democratic culture, supported by political leaders and institutions, but led by communities, artists, athletes and civil society.

If you would like to know more about how Lynn’s Misinformation Cell helps organisations fight misinformation, you can visit their website.

This article was updated on 22 December 2022, following a complaint, to reflect evidence remaining in the public domain.