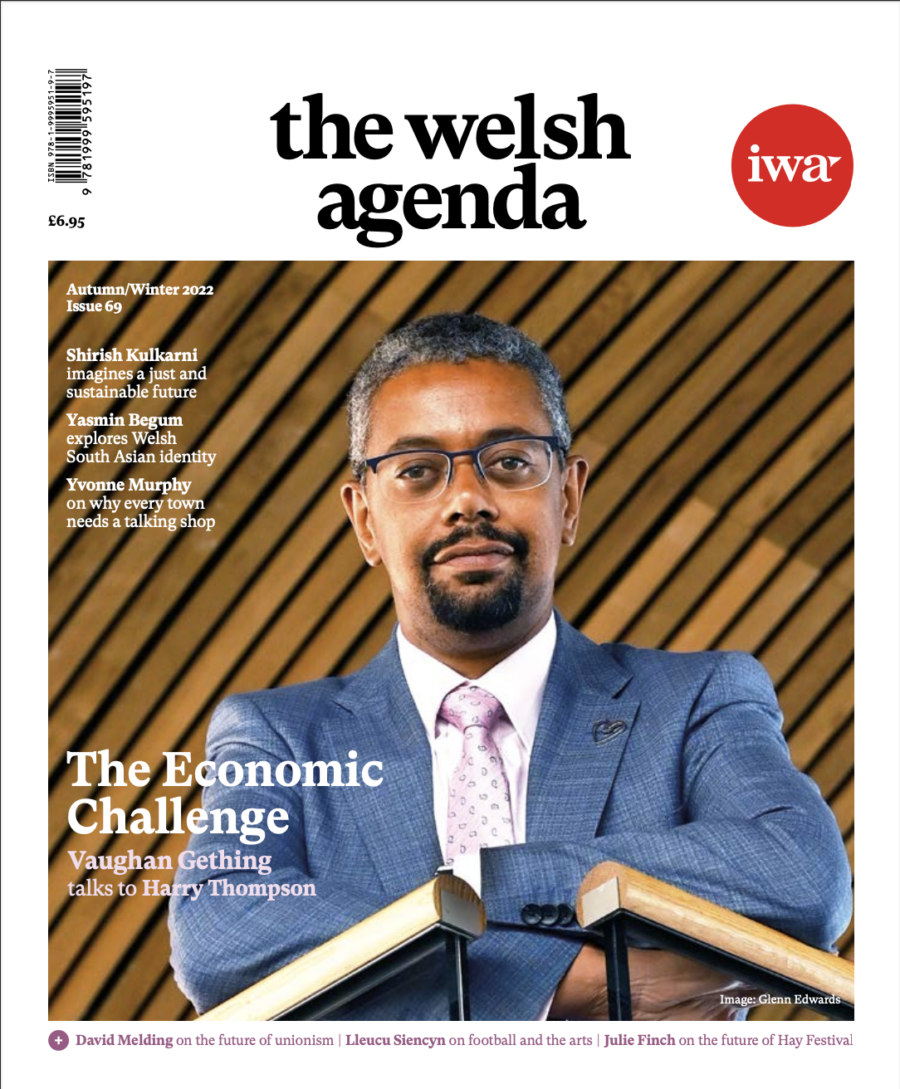 Previous editions of the welsh agenda are available for free download and to buy on our website.

A dream job Dawn Bowden on the arts and sports portfolio

Is all well with the Wellbeing of Future Generations Act? Ceri Jones is a critical friend

The powers that be Jessica Laimann on equalities and constitutional change

A thriving scene? Saoirse O’Connor runs the rule over the animation scene in Wales