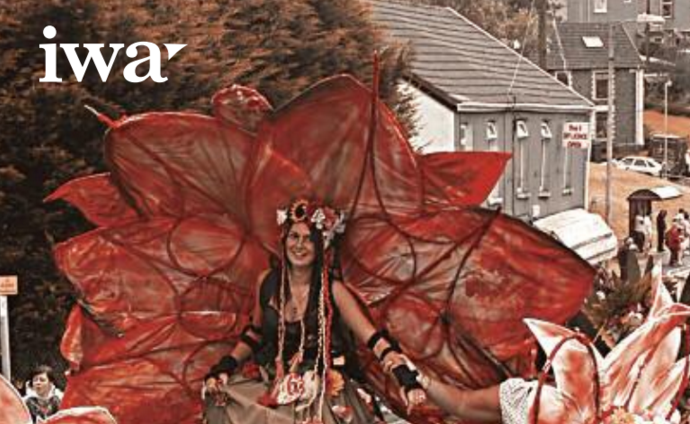 Co-working is predominantly an urban phenomenon and represents an integral part – one could argue – of the micro-business economy. This chimes with a recent report by The Federation of Small Businesses (FSB) which stated that self-employment in the UK grew from 3.6M to 4.33M between 2007 and 2016. During the same period, self-employment in Wales increased from 161,000 to 176,000 which represented 38% of total jobs growth. So, if co-working is an urban phenomenon why can’t it apply (why shouldn’t it apply) to a more rural hinterland where agglomeration does not exist?

At this point, let me tell you a true story. To contextualise it, I need to refer to a phrase which was used by the late Law Lord, Lord Denning, and others in the Law Courts: “the man on the Clapham Omnibus”. In essence, this was a reference to the ordinary man (person) in the street. Perhaps the urban street. In my story, I am going to refer to the “man from Machynlleth.” Whilst I met a man in Machynlleth (part of the story), the metaphor here is a reference to the ordinary man (person) in the rural street. In 2016, I became the first man to run around the entire perimeter of Wales . I had many conversations along the way, including one with a man in, and from, Machynlleth. Yes, one has to run inland into Machynlleth to continue the journey along the coastal path! I discovered that this person operated a business as a linguist. He spoke 3 languages and operated from home on the outskirts of Machynlleth. Sadly, he gave up after 18 months. Why? Because he was lonely, isolated and there was a lack of interaction. A failed business in a rural location. This resonates with a growing concern about loneliness and social isolation, especially relevant in rural parts of Wales.

I’ve thought a lot about the man from Machynlleth since 2016. Let me attempt to explain why? By accident perhaps more than design, I had observed the rise of the “co-worker” / freelancer / ‘solopreneur’ phenomenon when I was on the Board of Chapter Arts for circa 5 years in the latter 2000s. People seated in the café area, laptops plugged-in, doing their stuff. Subsequently, I proactively observed such spaces in London (Shoreditch), Bristol and more recently in Cardiff. Predominantly urban spaces, they provide “cool”, relaxed environments within which to do work, drink good coffee, have serendipitous meetings and feel part of (be part of) a “community”, overcoming any prospect of loneliness or isolation, and enhancing their chances of business sustainability.

Now, let’s return to the “man from Machynlleth”. My contention (the counter factual if you will) is that if there had been a co-working space in the town of Machynlleth (towns of a certain size – pan Rural Wales – can and should be focal points), then my belief is that the “man from Machynlleth” would still be operating his business. Why? In a suitably repurposed, IT networked space, the opportunity to pursue one’s business with other like minded people would avoid any prospect of loneliness. Indeed, on the contrary, one could argue that it would enhance longevity within a like minded “community”. Such spaces – spaces of innovation – could adopt commensurate cultural programmes to inspire as well as take advantage of Business Wales support. Who knows, such spaces could be anchored with other organisations or representatives of the so-called foundational economy.

Furthermore, could one imagine that such a space in Machynlleth would form part of a comprehensive network of  “hubs” throughout the length and breadth of the Principality, deliberately networked together (via broadband and mobile connectivity) in such a way as to facilitate collaborative and networking conversations between like minded people pan Wales. Where spaces do not exist or are not available via the likes of Indycube or Welsh Ice et al, then as part of an economic development imperative, such spaces (in existing buildings) could be acquired by respective local authorities (or Welsh Government). Yes, this is possible by way of Head Leases to facilitate the creation of great work spaces. Perhaps this could be delivered in partnership with a ‘switched-on’, empathic co-working organisation. There is no need for expensive EU funded Technium white elephants. Use existing “spaces” in existing buildings in strategic rural town locations. Collectively, such #small hubs pan-Wales could make a #massive difference. Here I refer to the #massivesmall concept generated by highly experienced and acknowledged urban expert Kelvin Campbell who I met in London. His concept applies to the urban arena. I am suggesting that it applies equally to the rural arena.

As I write this thought piece, I conclude with a couple of current irrefutable facts. Whether people like it or not, more and more people are living and working in cities worldwide. Indeed, more than 80% of the 3m population of Wales is now living in, or near the three principal cities of Wales, notably the southern cities of Cardiff, Swansea and Newport. That doesn’t mean though that we should forget rural areas if we are interested in “inclusive growth” (RSA) or “prosperity for all” (Welsh Government economic strategy). Furthermore, the other irrefutable fact is that self-employment is on the rise,  evidenced by recent research by the Welsh Economic Research Unit of Cardiff University. If such rural co-working hubs existed, they would chime with the modern zeitgeist of self-employment, whilst enhancing rural resilience, putting a break on rural depopulation, assisting rural economic development, and assisting future generations. Indeed, if delivered, they would plug the lacuna policy gap for rural areas (pages 29 – 32). Now that would be something wouldn’t it.

I take my hat off to the man from Machynlleth.

3 thoughts on “Co-working ……and the man from Machynlleth”