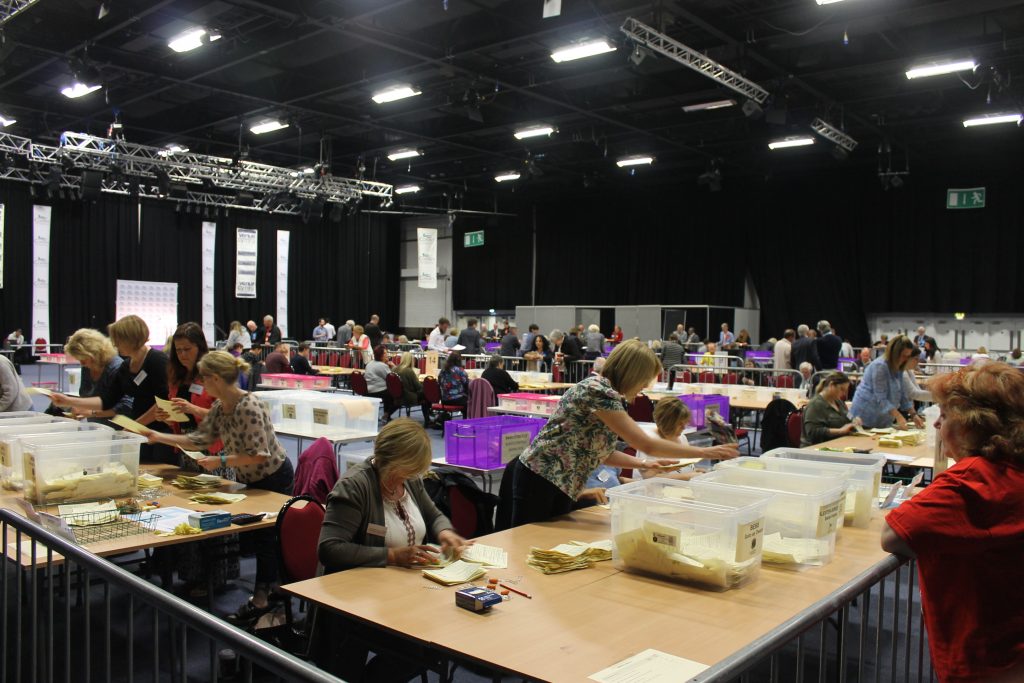 The 2019 General Election is one of the most unpredictable elections in living memory.

UK wide polls show wildly differing fortunes for the main parties. In Wales, pollster YouGov is regularly projecting a hemorrhaging of the Labour vote from its very strong position in 2017; and individual constituency polls, for what they are worth, demonstrate that swings can be even more pronounced depending on local context.

The Plaid-optimist might conclude that Labour’s unpopularity and Plaid’s clear position on Brexit could lead to the party’s biggest tally of Westminster seats in its history along with strong showings across a number of constituencies it hopes to take in the first Senedd elections of 2021.

The optimistic perspective would rest on Plaid’s strengthening position in ultra-marginal Arfon, and the very high regard in which Ben Lake is held in equally ultra-marginal Ceredigion.

Furthermore, given Labour’s weakened position, one might see Ynys Mon as in reality a two-way fight between Plaid and the Conservatives (though the Conservatives thus far seem to have been doing the utmost to lose the seat).

The optimist might further conclude that dissatisfied Labour voters – whether they are from the Valleys and working class and/or pro-European public sector professionals may feel far more comfortable lending their protest vote to Plaid rather than the Conservative / Brexit axis in the guise of Farage or Johnson.

There is objectively a clear path for Plaid to secure a record number of Westminster seats. But whether Plaid will succeed in travelling this path remains to be seen.

The ‘remain’ marketplace for the most part in Wales is crowded. Both of Plaid’s partners in the ‘Unite to Remain’ agreement are fielding a significant number of candidates, and a relatively small number of Labour candidates in Wales have a proud record of unequivocally backing Remain – even if it meant defying Corbyn’s Labour whip.

Plaid also face the perennial challenge of media coverage in a UK General Election, with the broadcasters focusing their attention on the two (or three at times) main UK-wide parties.

The Plaid pessimist might therefore conclude that things may go entirely to plan on December 12th. Plaid’s poll ratings are fairly static and despite significant support within the Party, Adam Price’s personal ratings suggest that he has yet to make a significant impression on the Welsh electorate.

Adopting a rather more pessimistic view of Plaid’s chances, how might election day develop?

Labour’s poll ratings may have recovered somewhat – much as they did in 2017 – and Arfon might be imperilled yet again. Plaid could fall just short in Ynys Mon, and the Lib Dems strengthening position across the UK would carry them across the line in Ceredigion.

A haul of two seats in the early morning of December the 13th would be a very disappointing result indeed for Plaid, and hardly good preparation for the Senedd elections some 18 months hence.

These scenarios have been outlined on a seat by seat basis because the margin between significant success and grave disappointment for Plaid is exceptionally tight. The position, as of today, does seem fairly hopeful for Plaid.

The Ynys Mon campaign is particularly energetic – as befits a race that could come down to three parties being separated by small margins.  A very significant Labour bounce that would make Labour competitive in Arfon has yet to materialise. It is far from certain that past Lib Dem success in coalescing the anti-Plaid vote in Ceredigion (including many Conservatives and Brexiteers) will be as straightforward in the context of 2019 politics and the local popularity of Ben Lake.

Unless there is a particularly major shock in one of the Unite to Remain seats, Plaid’s Westminster electoral background looks much as it has done for the past 30 years. In all those elections however, Plaid has never had such a good opportunity to secure five seats at Westminster. To achieve they will need a strong campaign – but also, given the fine line between victory and defeat, a little bit of the luck that came their way in 2017.

Dafydd Trystan is Director of TooGoodToWaste and a former parliamentary candidate and Chair of Plaid Cymru.