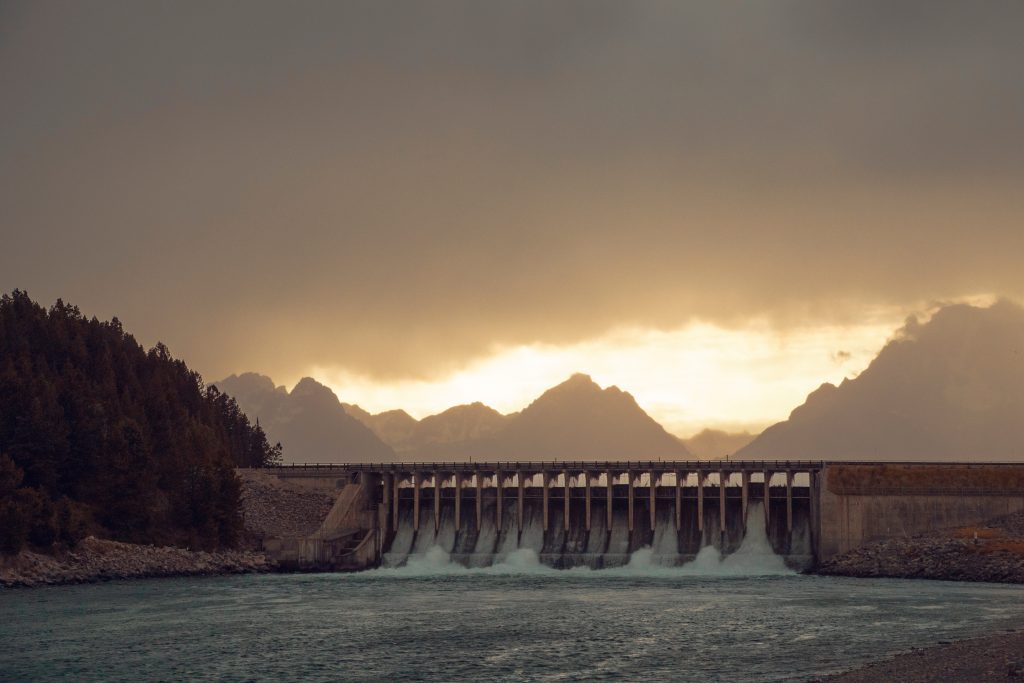 Holding steady was an acceptable night for Plaid Cymru but the real question is whether they can push on at the Assembly elections in 2021, writes Dafydd Trystan.

Thursday, 12th of December was a night of mixed emotions for Plaid supporters. On the positive side Plaid held their four seats with a strong performance from Hywel Williams in Arfon and a stunning performance from Ben Lake in Ceredigion. The party failed however in its bid to capture Ynys Mon, and did not secure a second place finish in any constituency in Wales.

The graph below illustrates the change in share of the vote across the country for the party and ranges from the almost 10% growth in Ceredigion to the fall of 15% in Blaenau Gwent. 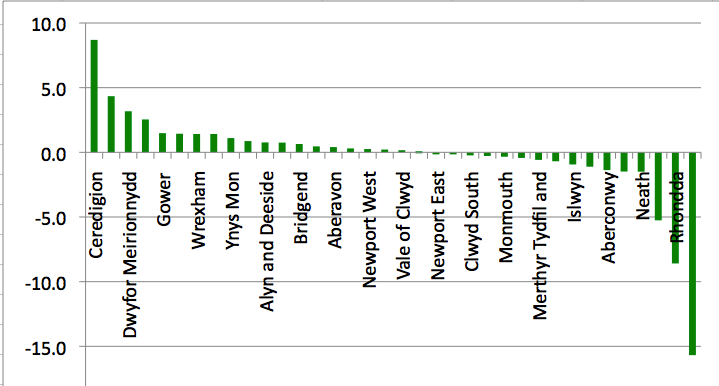 So what conclusions can we draw about Plaid’s performance and what does this suggest for Plaid’s prospects looking forward to the Senedd election in 2021?

Adam Price reflecting on the results suggested that while Labour’s Red Wall had crumbled in the face of the blue tide, Plaid’s Green Dam had held firm. If one focuses on the seats Plaid held, this is undoubtedly true – but for those candidates outwith the protection of Plaid’s undeniably impressive hydroelectric scheme in the North and West, the blue tide engulfed them just as surely as it did those standing for Labour.

Writing in advance of the election I illustrated Plaid’s electoral challenges with reference to the Plaid optimist and the Plaid pessimist. Given the results of the election, there’s a case to return to these characters to probe what they might think of the results.

The Plaid optimist takes the view that this was a one off election – dominated by Brexit and further animated by the complete unsuitability for high office of Jeremy Corbyn. These were unique circumstances, which will not be repeated in 2021.

Furthermore, the highly effective debate performances by Adam Price during the campaign clearly demonstrate his ability, which will stand him and the party in good stead as people’s minds focus on the battle for the First Minister’s Office between Price and Mark Drakeford.

The Plaid pessimist on the other hand fears that despite the inclement conditions, the party should have been able to demonstrate strong foundations as they build towards 2021. The pessimist focuses on the far end of the graph above and worries that in precisely those seats Price needs to win in 2021 the party fell back – the three biggest falls being in the Rhondda, Blaenau Gwent and Cynon Valley.

While Brexit may not be a dominant issue in 2021, it will no doubt continue to animate politics in the UK and will be a major factor once again in 2021. Furthermore the pessimist is also concerned by the latest polling that shows that Adam Price remains less visible and less popular than his predecessor Leanne Wood.

2021 does provide a significant opportunity for Plaid. Questions of Brexit and the constitutional future of these Islands will be clearly part of the debate and Plaid should be well positioned to prosper in such debates. However, the 2019 election demonstrates that unless Plaid successfully builds at the very least small ‘hydro-electric schemes’ across the country, the blue tide may once again hinder the party’s progress and ultimately stop Adam Price from becoming Wales’ First Minister.

Dafydd Trystan is a former parliamentary candidate and Chair of Plaid Cymru.