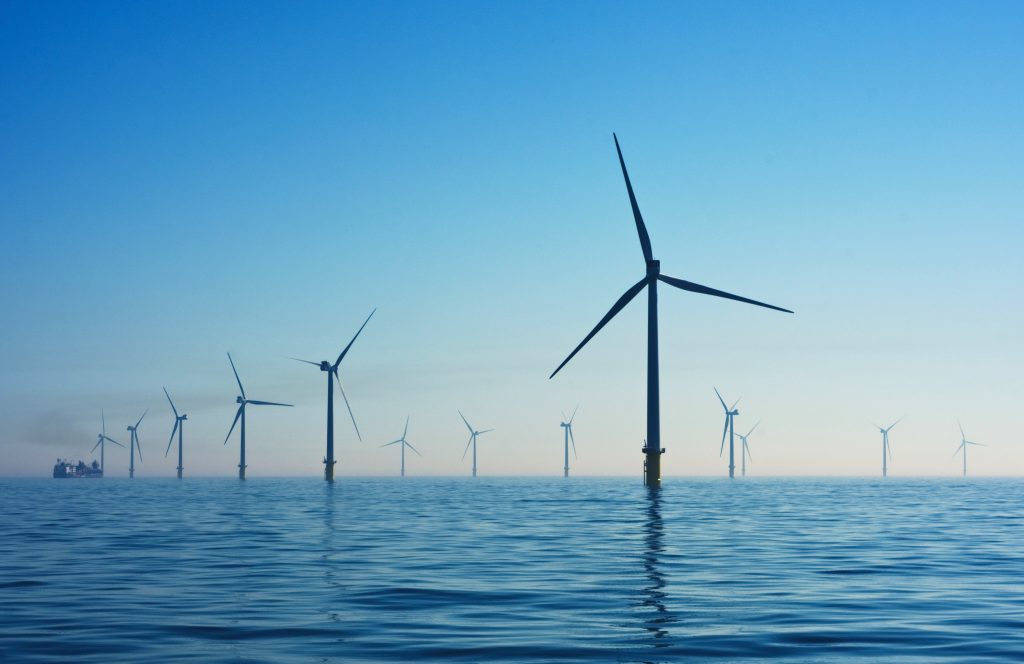 It is difficult to imagine a more crucial point in recent history for an energy strategy to be set.

The past few weeks have seen the IPCC warn it is ‘now or never’ to prevent extreme climate impacts including ‘unprecedented heatwaves, terrifying storms, and widespread water shortages’. We are facing the most significant cost of living crisis in our post-war history, substantially driven by the cost of energy. And Russia, the supplier for 45% of EU gas, has descended into a rogue state, triggering a response which has inevitably but necessarily damaged European, and by proxy, British energy security. All of these events require a rapid response, in years, not decades, and drawing on all of our assets across the three countries of Britain.

Before we continue, we should define ‘energy security’. Firstly, there is the physical security of supply, avoiding power cuts caused by lack of generation capacity or energy grid failures. Secondly, geopolitical security, ensuring that reliance on foreign states for fossil fuels does not damage our foreign policy intentions. Finally, security can also mean affordability for consumers, whether households or business. And this is before we take account of the climate emergency, to which energy generation contributes a quarter of our annual greenhouse gas emissions.

Historically, these issues have clashed, with the cheapest electricity generated from fuel sourced in states whose human rights records are questionable at best. That dichotomy is rapidly dissolving, with renewable sources of energy based in Wales providing the lowest unit cost and the possibility of a smart grid mitigating the reliability issues which past and current governments have reached for gas to solve.

Any strategy seeking to secure energy supply worth its kilowatts should address all three definitions and, in the case of affordability, do this as rapidly as possible. So how does the UK Government’s British energy security strategy measure up?

Will this strategy keep the lights on and emissions down?

The strategy is solely a long term blueprint. Which is odd considering much of the motivation for it was provided by the immediate crises of war in Ukraine and the cost of living. So why is short term physical security of supply brushed over? Well, mostly due to the fact that we find ourselves in a good position in this regard, even once Russian hydrocarbons are stripped out of the system.

Most of our imported oil and gas come from Norway and the USA, our capabilities for importing liquified natural gas (LNG) are strong and our grid, although unfit for the future in many ways, is relatively resilient (when was the last time you had a power cut for more than a few hours?). The UK Government is taking a calculated gamble on this holding. The plan appears to rely on this stability to avoid short to medium term investment in favour of longer term encouragement of nuclear, offshore wind and hydrogen to provide the heavy lifting both in terms of reaching net zero and keeping homes, businesses and transport running.

Our society is about to become far more electrified. Whether it is the switch from gas boilers to heat pumps or the growing use of electric vehicles, our consumption of electricity is set to increase even as we plan for our overall use of energy to reduce, through transitioning away from gas and further efficiency measures in homes and industry. To handle this transition, we must adapt the energy grid to both handle an increase in capacity and the changing patterns in future electricity usage. To that end, it is encouraging to see the proposal for a  Future System Operator to oversee an otherwise fractured grid and shepherd it towards a smarter future.

If the strategy can be delivered, and there is little detail around how this will be incentivised or managed, it is likely that our energy supply will remain stable into the future, but at significant short to medium term costs to both affordability of energy and our net zero goals.

The energy security strategy’s focus on improving the energy grid should be welcomed, but these improvements should be based around a decentralised energy system made up of 100% renewables.

But we shouldn’t settle for simply keeping the lights on. In 2019, the IWA laid out a practical plan to deliver 100% of Wales’ energy needs through renewables by 2035. Since publication, the Welsh Government has committed to 80% of energy needs met through renewables by 2035 and the UK Government to 100% of energy from decarbonised sources (renewables and carbon capture) by the same date. It remains possible to deliver on these commitments on time through significant investment in a diverse and decentralised renewable energy system. Relying on eight new nuclear power plants to provide the replacement for our gas plants will take us well into the 2040s and potentially beyond in weaning ourselves off fossil fuels, if recent history of nuclear development repeats itself.

As an aside, responsibility for nuclear power across the whole of Britain lies with the UK Government, with Wales and Scotland afforded a level of influence through the planning process for new nuclear power stations. Of the eight new nuclear stations planned, all are due to be located in England and Wales, with a new development indicated at Wylfa on Ynys Môn. Perhaps the significant influence the Scottish Government holds over the North Sea gas fields has been brought to bear?

A further unique benefit delivered by renewable energy vs nuclear is the potential for community ownership.

The energy security strategy’s focus on improving the energy grid should be welcomed, but these improvements should be based around a decentralised energy system made up of 100% renewables. Only then can we deliver truly clean, affordable and resilient energy quickly and into the future.

A further unique benefit delivered by renewable energy vs nuclear is the potential for community ownership. As with previous industrial and technological revolutions, the economic benefit of the transition away from fossil fuels has so far been reaped by large corporations. The practicalities of renewable energy generation, be it Homes As Power Stations (HAPS) or initiatives to purchase shares in wind turbines, allow an element of community and local ownership. This not only serves to benefit individuals, but organisations. See the Morriston Hospital solar array, for example. These ongoing cash benefits stay in Wales.

What will the strategy mean for energy bills?

The cost of the decision to focus wholly on the long term will be, well, cost. It is unlikely that Norway or the USA will significantly restrict supply of vital gas to Great Britain’s power stations in order to plug the EU’s deficit as supply from Russia is reduced. What is almost certain is the price of this gas will increase as the free market demands in times of overall reduced availability. In Wales, this will likely translate into increased energy bills in the short to medium term, with little in this strategy to prevent this happening.

The short term answers to soaring energy bills lie in targeted financial support and improving household and business energy efficiency. Wales has the oldest housing in Western Europe and so we have the most to gain from improving homes both in terms of household bills and impact on carbon emissions. Wales and the UK have attempted a litany of ineffective energy efficiency schemes over the past few decades from which we can learn how to design out problems and deliver a substantial new rollout of support to households to improve their homes. Unfortunately, our fiscal framework prevents Wales taking meaningful action in this area without significant investment from UK Government.

I fear the proposals contained in the UK Government energy security strategy are unlikely to deliver the affordability of energy possible in the long term, either. The cost of electricity produced by nuclear power plants has varied little over recent years and, although increased efficiency promises to deliver a cost reduction, there is no guarantee that this can be achieved. Conversely, the unit cost of electricity generated through renewables has plummeted over the past decade. Wind and solar energy are by far the cheapest energy sources, with onshore wind and solar delivering at half the price of nuclear. Even with additional spend on supporting a smarter grid, it is difficult to see significant development in nuclear energy delivering cheaper bills in 2040 onwards compared to 100% renewables.

Despite the lack of emphasis given to onshore wind power in the strategy, the power to license turbines lies in Wales (and Scotland).

That said, the immediate priority should be removal of gas power generation from the system as the primary driving force behind increasing bills. A phenomenon explained recently by my predecessor, Andy Regan. This strategy does not go far enough in this regard, opting instead for increased extraction in the North Sea, the fruits of which will inevitably be sold on the open market.

What does the strategy mean for devolution?

Control over the energy grid, large scale energy generation (including nuclear) and licensing for large scale offshore wind projects all lie with the UK Government. So for Wales, see England? Not so fast. Following the Wales Act 2017, a larger range of energy policy levers were devolved to Wales. Let’s explore these in turn.

The Welsh Government controls licensing for onshore oil and gas exploration and a de facto ban is in place. So any return to fracking in England, as mooted as a possibility in the energy security strategy, would be unlikely to happen in Wales.

Despite the lack of emphasis given to onshore wind power in the strategy, the power to license turbines lies in Wales (and Scotland). This provides the opportunity to seize on growing public support for wind farms. A recent poll suggests 72% of people would support new turbines in their local area. As a result, it is unsurprising that 80% of onshore wind capacity is likely to be sited in Wales, Scotland and Northern Ireland.

Licensing and planning for small to medium sized renewable energy projects, such as that powering Morriston Hospital, also fall under the powers of the Welsh Government. This is crucial in delivering the IWA’s vision for a more diverse, decentralised energy system in Wales.

So what does this mean for the Welsh Government’s commitment to renewable energy by 2035? Much can be achieved through the powers devolved to Wales and the attractive price of renewable energy instil confidence. However, underpinning any future energy system is the grid, controlled by the UK Government. A 100% renewable Great British energy system would be preferable, but until then we must focus on effective intergovernmental working to ensure our grid in Wales enables our energy vision as a nation.