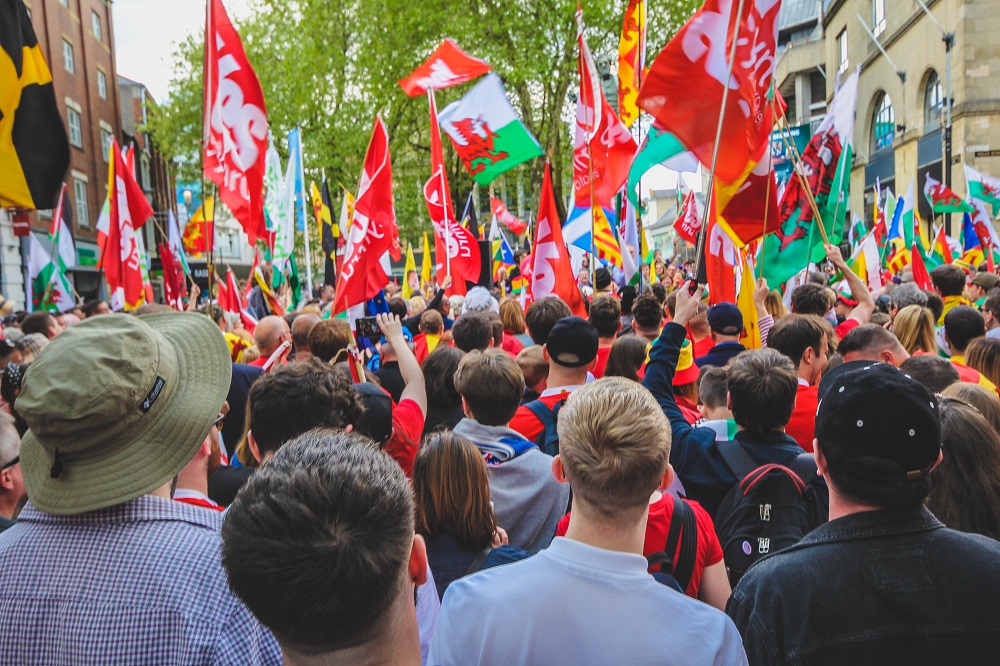 Whatever its outcome, any debate on Welsh independence must be rooted in a level-headed examination of the facts, Will Hayward argues.

Just before the Senedd elections in 2021, I signed a deal to write a book about Welsh independence. The aim wasn’t to tell people what to think, it was supposed to be a toolkit for forming their own opinion.

The debate about an indy Wales is going to be had, and in many parts of Wales already is. With the potential backdrop of another Scottish referendum, this is not an issue that is going away. The only thing to be decided is the quality of the debate. A real and genuine debate about Wales’ future is an incredibly healthy thing to do. It represents the actions of a maturing nation with the confidence to make informed choices on its future (rather than be buffeted by the decisions made in other areas of the Union and beyond).

I came to this debate, like most people in Wales, with instincts about independence, but no formed opinion. Perhaps rather naively I assumed there would be a fully formed indy and union side whose arguments I could critique.

However, we saw from Brexit what happens when this debate doesn’t happen on the basis of reason and facts. You end up in the gutter. The impact this has on the fabric and cohesion of our society can often be as damaging as whatever conclusion is eventually reached through the vote. It was with the purpose of raising the standard of this debate that I began my research for the book.

I came to this debate, like most people in Wales, with instincts about independence, but no formed opinion. Perhaps rather naively I assumed there would be a fully formed indy and union side whose arguments I could critique. This was simply not the case. Though some people on the indy side have really thoroughly researched the issue, overall, the practicalities of any potential independence have been given little more than a superficial look by the bulk of the movement. Just look at some of the posts by YesCymru accounts. They are still pushing the line that an indy Wales could balance the books based on water and electricity sales to England (which is a total fallacy because the numbers just don’t add up). The fact the research just isn’t there on many key issues around Wales going it alone really underscores the madness of Plaid Cymru to run on an independence ticket in 2021.

In terms of the pro-union side, it was even more challenging because there simply isn’t one. Whereas in Scotland there is a well developed, if fractured, opposition to independence undertaking meaningful research, in Wales this isn’t the case. Sure, many politicians oppose independence, but they haven’t developed as a coherent opposition because the debate isn’t yet really taken seriously on the union side.

So the problem at the start of my research wasn’t finding the right answers, it was knowing what the right questions to ask were. For the first six months I simply spent all my time speaking to people (sometimes in pubs but too often on Zoom), regardless of their side of the debate, immersing myself in the issue to try and understand it. By the time this was over I felt, pretty much, in a position to at least be able to ask the right questions.

Then, even after spending months of research, the answer to many of these questions was either “we don’t know” or “it depends”. Though a little unsatisfying in some ways, there is real value in those answers. Welsh independence is an issue of immense complexity which will make the Brexit negotiations look like a sudoku in Take a Break magazine. There is inherent uncertainty with this course of action and making clear to people that they are, on some issues at least, taking a big leap into the dark, is the right thing to do. During Brexit, there was no “it depends” or “we don’t know”. This debate must not go down the same route. It needs realism.

Take the example of an independent Wales joining the EU. Rejoining the EU was one of the most cited reasons given to me by people for their support for independence. I actually considered not even including this issue in the book at all: after all, it is for an independent Wales to decide if it joins the EU. However, as it was such a big motivator for many, especially those who have come to indy since 2016, I felt it needed to be addressed.

Putting aside arguments around democratic deficit in the EU and the seeming contradiction of campaigning for an indy Wales to take control from an unrepresented Westminster and then ceding that newly found autonomy in large part to an organisation in Brussels –  let’s just look at the matter of time frames.

Plaid have previously indicated that if they won an election they would hold an indicative referendum on indy in the first term and a full referendum in the second term. If they were to win the next Senedd election we are looking at 14 years (ish). Imagine if in 2036 a referendum was held and Wales voted to leave. It would not be independent the next day, and frankly it would be madness if it tried to be. Given that it took the UK four and a half years in total to leave the EU after the referendum, it will likely take Wales longer than this, given how much more intricately entwined Wales is with the UK.

There is no better advertisement for Welsh independence than a functioning and effective Welsh Government.

Even if these negotiations were simpler than anyone can imagine (they won’t be), it still seems likely it would be at the very least half a decade before Wales actually left (and there are strong arguments for a very long transition period). So it is now 2041. The idea that the first thing Wales would do once becoming independent would be to hold a referendum on EU membership is bonkers. Say three years after independence Wales held a referendum and voted to rejoin. We are now in 2044 when Wales even begins the negotiation to join. By then, Wales will have been out of the EU for a long time, and it will take time to realign to EU standards to be able to join. Let’s be kind and say this takes four years. The year is now 2048, some 28 years since Wales left the EU. Think of how the EU has changed in the last quarter of a century. Both the EU and the world will likely be very different by then. If EU membership is one of your primary motivations for indy then you are, in my view, chasing a dream that may not even exist any more by the time you achieve it.

This is not to say that there are not legitimate reasons to campaign for independence. My book doesn’t tell people what to think, but I do work on the premise that the current system simply doesn’t work for Wales (or England, Scotland and NI for that matter). That isn’t to say independence is the answer, just that the status quo is not desirable or sustainable.

Personally, the overwhelming take away from putting the book together wasn’t to fall down on one side or the other. It was that, whether you support indy or not, moving Wales to a point where it can be independent should be the aim of everyone in Cymru. This isn’t just true economically, it is also from the point of view of governance.

Moving Wales to a position where it can be independent is vital for the people living here whether or not we then become independent.

One of my frustrations speaking to many (but by no means all) people who support independence is their total unwillingness to criticise the Welsh Government and demand better from their elected representatives here in Wales. In some respects, I understand. With devolution under attack in some quarters, supporters of more Welsh autonomy don’t want to provide a stick that will be used to beat devolution. However this aversion to demanding better governance from our leaders hurts the cause they claim to support. There is no better advertisement for Welsh independence than a functioning and effective Welsh Government. Yet their failings are often brushed off by indy supporters with lines such as “well Boris did worse”.

This, in my view, is not the mentality of a nation ready to be independent. Moving Wales to a position where it can be independent is vital for the people living here whether or not we then become independent. This isn’t just improving the economic projects (there really are limits to what can be done here under the current devolved settlement), but also in terms of governance and (perhaps most importantly) mentality.

Independent Nation: Should Wales Leave the UK was released on August 30. You can purchase it here.

Will Hayward is Welsh Affairs Editor at WalesOnline.