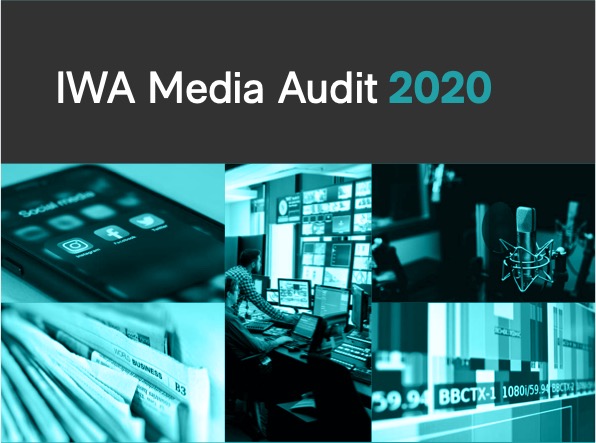 The IWA’s 2020 Media Audit follows two similar pieces of research conducted in 2008 and 2015. It provides a detailed overview of all media provision in Wales, including television, radio, press and news, and digital media and the internet.

Generously funded by the University of South Wales, this report was researched and written on behalf of the IWA by Dr Marlen Komorowski between October 2019 and April 2020. The bulk of the research, data analysis and stakeholder interviews therefore took place prior to the advent of Covid-19.

The resultant research should be read as a snapshot of the media landscape at a specific point in time. It provides a useful point of reference to compare the situation of the media offer in 2015 and now.

Our Media Priorities for the Next Senedd, published before the May 2021 elections, build on this research, as well as on our 2021 Media Summit.

The 2020 audit paints a nuanced portrait of the pressures and opportunities that have shaped the production of media in and about Wales. In the last few years, the Welsh media landscape has undergone profound changes and conversations about its devolution have been underway. In 2018, Ofcom also announced it was stopping the future extension of the local television transmission network. In October 2019, the Culture, Welsh Language and Communications Committee opened a consultation on the issue of the devolution of broadcasting. At the beginning of 2020 the Welsh Government launched Creative Wales, a new agency intended to support film, television, digital, gaming, and music in Wales.

The audit also found that – as of the latest data in April 2020: