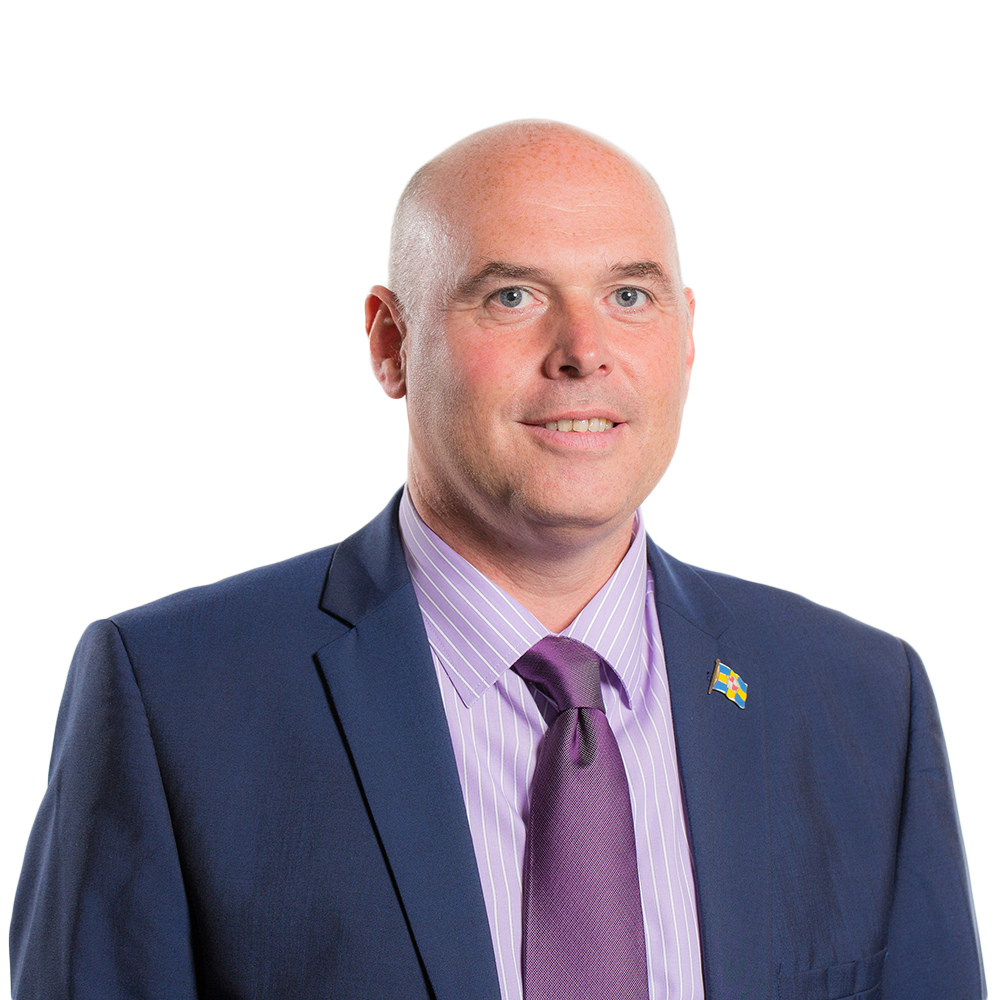 Paul Davies takes his seat with the Senedd as backdrop. The impression given is that of a First Minister in waiting, but there is no disguising the number of hurdles which exist. Nor are these challenges simply about the historic strength of Labour in Wales, the apparent resurgences for Plaid Cymru and the Lib Dems, or the emergence of the Brexit Party in the Senedd.

There are sighs of resignation when the inevitable questions come about who actually leads the Welsh Conservative Party, or about having to field complaints on UK government policy from rival AMs who at times appear rather more interested in giving ‘Westminster’ a kicking than debating devolved issues.

He proceeds to repeat the mantra about a ‘broad church’ and says the party should cover a wide enough spectrum to include Ken Clarke, Hammond and Jacob Rees-Mogg. The fourth reference to the phrase in as many answers comes in a sentence that also includes the other historic term associated with the party: ‘One-nation Conservativism’. ‘I find the broad-church argument difficult,’ I reply, arguing that the ‘purge’ establishes a precedent. ‘This is, overnight, undermining that broad church and what is there to stop the same thing happening again on another issue?’.

Calmly, Paul acknowledges that the power for such decisions lies with the leader but that: ‘I’d like to think that whoever is the leader of the Conservative Party will recognise that it is important to remain a broad church party because that is how we win elections’. On the charge that the ‘purge’ reflects a radicalisation of the Conservative Party into a ‘national populist party’, the softly spoken Welsh Conservative Assembly leader retorts: ‘No, I don’t believe that for a minute. There are huge challenges in dealing with Brexit. In the last three years we’ve just been going around in circles as far as Brexit is concerned and that is why it is important that as a country we move on from this impasse’.

Moving on from our own impasse over matters non-devolved, we return the discussion to Wales and Davies sets out his approach to politics with five values. ‘I stand for empowering people, boosting localism, promoting accountability, supporting businesses and a strong Wales in a strong United Kingdom’. What, in Paul Davies’ mind, does localism look like? ‘I want to devolve as much power as possible to our communities. What we have seen from the Welsh Labour government unfortunately is them grabbing power and centralising power in Cardiff Bay.’

He offers a practical example: ‘we want the people who run our health service in Wales to be much more accountable and that is why we want to see elected Health Commissioners so that people know it is that person who is responsible for running health services in their area and that is about empowering people and promoting accountability’. He continued on the wider theme, ‘we want people to feel they have power in their communities, that they are in control of their communities’.

On the topic of how the Welsh Conservatives had adapted to the radical shift from austerity to pre-election cash splashing Boris, Davies says: ‘It is a different approach because we have been able to balance the books. We had a deficit of £150 billion. I hear all the time from Labour the accusation of austerity, but they created this situation. We have now got into a position where we can start reinvesting in public services.’

The prominence of Welsh nationalism is raised. ‘I think the Welsh nationalists are being opportunistic because they are using Brexit as a tool to promote Welsh nationalism’. Davies noted the increase in media discussion but reiterated that the Conservative and Unionist position was clear and the counterargument to nationalism was being made and would continue to be made.

When asked if the Welsh Conservatives were conclusively a pro-devolution party in light of what appears to be a growth in devo-scepticism among some activists, Davies replied: ‘I don’t think that will change, but of course, you will have individuals with other views. I am very comfortable having that broad church. However, the Conservative Party policy on devolution is absolutely clear: we accept the devolution settlements in Wales, Scotland and Northern Ireland. We are a pro-devolution party.’

Nicolas Webb is a trustee of the Welsh Refugee Council and a managemenr board member for the think tank Gorwel. He has previously served as Chairman of Newport Civic Society.