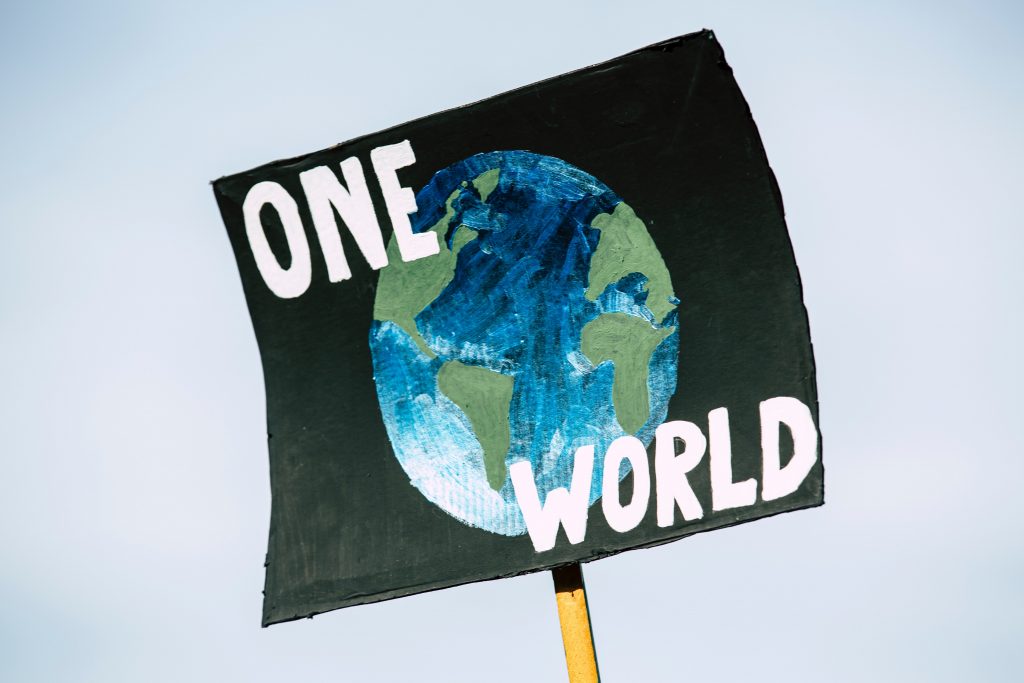 Recounting her experience as a participant in COP26, Poppy Stowell-Evans reflects on the things that keep her grounded as a climate activist.

Often, as a young climate activist, I’m asked about how climate anxiety has impacted me. I usually discuss how fear of inaction has caused me many sleepless nights, from nightmares to the overwhelming feeling of powerlessness. However, a solution I have promoted and will continue to promote to combat climate anxiety is to take action yourself and, most importantly, to understand why you want to take this action.

Every decision we make can and will impact the planet in some way whether in the context of consumerism, meat consumption or politics.

When considering what drives me as an activist, I am often drawn to two things. The first is that while the climate crisis can make you feel powerless and overwhelmed, each one of us is a part of it. Every decision we make can and will impact the planet in some way whether in the context of consumerism, meat consumption or politics. Therefore, we are presented with a myriad of opportunities to act in a way that puts the planet and future generations first.

Ultimately, you may only be one individual, but as an individual you have so much power and, personally, I find that concept inspiring. This is an ideal that I have kept at the centre of my activism for years, knowing that while I may only feel small in the face of such a crisis, I too can act in a mighty way. Trusting this view of climate action and the role I can play has allowed me to lean into a feeling of empowerment rather than fear, which can only come when trusting one’s ability to make the change you want to see.

Growing up as a Welsh person has meant that my happiest memories were spent surrounded by beautiful greenery in the Welsh Valleys where I have been able to see the harmony in which Welsh communities and nature now live. As a nation of just two million hectares, we are small, but the influence that our community and the Welsh spirit has had on my upbringing has been mighty.  Everyday I wake up thankful for this two million hectares of Welsh land; I am grateful for the culture and the nature that has helped to create my Welsh identity.

However, last year, across the world, ten million hectares of land were lost to deforestation. It may be hard to imagine, but a land mass five times the size of Wales was lost because of greed, and because of our inability to listen to the planet. I often think about how this must feel for the communities who love this land and how I would feel if what I loved was destroyed at the hand of corporate greed. And so, it is my pride in being Welsh and my passion for combatting this global inequality that also empowers my actions.

Subsequently, I have channelled this passion into activism. In November 2021, I had the remarkable opportunity to attend COP26 as a Blue Zone Delegate on behalf of the Youth Climate Ambassadors for Wales. Despite preparing for this conference for months, as I stepped onto the train from Newport to Glasgow, I had no idea what the next two weeks would hold.

I knew that my purpose at COP was clear: to represent and amplify the youth voice of Wales in order to create real change and learn from the experiences of the delegates, activists, and NGOs that I would be surrounded by.

Attending COP seemed to have unearthed every emotion I have felt as a young climate activist.

I hoped it would bring two weeks of ambition from world leaders to create the action we need to see to mitigate climate change. I hoped that there would be representation of young people, indigenous people and those from the Global South. I hoped that I would feel empowered, listened to and that the youth voice of Wales would be accurately represented as the incredible force it is.

However, on the first day of COP26, I felt incredibly overwhelmed.

Attending COP seemed to have unearthed every emotion I have felt as a young climate activist. As the conference progressed, I grew frustrated that I felt as though I had to be at COP and that I had to rely on my individual action to combat my climate anxiety. I was angry that I couldn’t trust world leaders to make the correct decisions. I was disappointed at the massive lack of representation of the Global South.

As my frustration with seemingly empty promises continued, so did my growing feeling that I needed to keep fighting for what I love, and the sense of empowerment that came with it.  I would often find myself gazing at the Globe suspended above my head in the Action Hub. Surely the Earth is worth fighting for?

On my final day, staring at this globe, I finally spotted Wales. Granted, we appeared small in comparison to the rest of the world. But I could see a mighty country.

As the two weeks progressed, I noticed that on the ground level, change was happening whether world leaders wanted to notice it or not. I also saw that despite Wales not having an official delegation at COP, the Welsh spirit was certainly present and certainly made an impact. From other incredible youth activists, to the work of inspiring NGOs and even the refreshing commitment from our Government not only to engage in conversation but to commit to action.

I saw Wales actively embodying the phrase ‘System Change not Climate Change’ and saw passion coming from a range of sectors to not only protect Welsh people but to protect the world. I saw this similar passion rooted in other small communities across the world, especially amongst indigenous nations who, despite being overlooked by far too many of us for far too long, remained trusting in their communities united by a love for their land and a passion for protecting it.

On my final day, staring at this globe, I finally spotted Wales. Granted, we appeared small in comparison to the rest of the world. But I could see a mighty country. COP proved to me that while we may be small, our passion is massive. I believe that when this passion is applied through all sectors, we can reach zero deforestation, we can become truly Net Zero in terms of carbon emissions (including imports and exports), and we can support those who are already impacted by climate change. While we still have a long way to go as a country in terms of climate action, I believe that staying grounded in our Welsh identity will prove invaluable. I believe that staying grounded in a pride built on embracing and protecting communities is the secret to a recipe of positive change and something the rest of the world should look upon in inspiration.