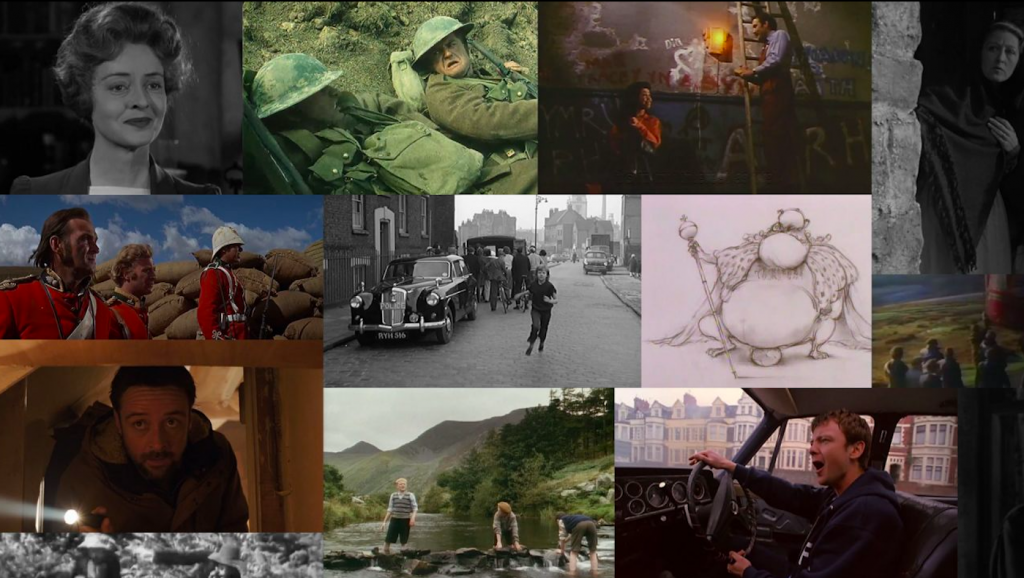 ‘How Welsh am I?’ asks Stephanie Roberts from Maesteg. ‘I don’t have a weird obsession with sheep; I gave up the harp to play the trumpet and I’ve never thrown my knickers at Tom Jones.’

Proper Welsh was her contribution to storytelling project Capture Wales, a bold initiative by BBC Cymru/Wales to take advantage of the possibilities opened up by digital communication. It had become possible to communicate in words and pictures outside broadcasting and Mandy Rose, the driving force behind the project, wrote that ‘the Capture Wales team set out to share and foster digital storytelling practice in Wales’.

The project ran from 2001 to 2008 BBC Wales, but in his 2008 report on the creative industries The Heart of Digital Wales, Professor Ian Hargreaves warned that, in relation to digital media, ‘without a stronger performance in this area, the success of the whole creative industries strategy will be in jeopardy’. S4C’s New Media Forum responded by recommending the creation of a Digital Fund, financed by the Welsh government and established in 2013. I had been impressed by what had been achieved in Al Gore’s app Our Choice, making his points about the importance of taking action over climate change in words where they were appropriate and in video where that worked best. He also made imaginative use of interactive graphics: tap the screen and it revealed in which U.S. states wind power was appropriate and in which solar power was more relevant.

So I proposed to S4C Digital a bilingual app on Welsh emigration to America and eventually they said yes. The Dragon and the Eagle/Y Ddraig a’r Eryr didn’t get the additional funding from Arts Council Wales that we were hoping for, but the response of Rich Moss at Gorilla was: ‘Ah well, we’ll do it anyway’. We put it together at Gorilla – with the imaginative guidance of editor Dylan Hefin – and moved to Thud Media when we reached the stage of turning it into an interactive app.

Researcher Helen Davies made sure that I respected the perspective of Welsh-speaking reader/viewers and Professor Bill Jones that I didn’t make any historical gaffes. Not only could the content of each chapter be summarised in a short video, narrated by Cerys Matthews, but it was also possible to bring in interactive elements – tap the screen and you could see where persecuted Welsh Quakers came from in Wales and went to in America; and hard-to-read original documents could be given a voice (usually my own – it was a very small budget!).

In 2008 the Film Agency Wales became Ffilm Cymru-Wales, and as its title implied its focus continued to be on cinema rather than digital production. Meanwhile digital television’s take-off was having a considerable impact on Wales. ‘The proliferation of channels that digital television brought… undermined the media that had previously been so important in sustaining both Welshness and Britishness. By 2008 the five main channels had an audience share in Wales of just 63%, a fall of 13 percentage points in five years’.

Yet while Welsh broadcasting seemed to be faltering, digital publication in Wales seemed to be taking off. Thud Media produced two interactive products for children – Toot’s Harbour and Llan-er-gollen – and BBC Wales the superb Dylan Thomas and the Road To Milk Wood, produced by Robin Moore, released in 2013. Beautifully written and illustrated, it used words where they were appropriate – sometimes on-screen copies of BBC internal memos – sound only where relevant and video and sound combined where that worked best. Gruff Rhys’ even more adventurous American Interior, produced in 2014, offered ‘four ways to experience the search for a lost tribe – book album, app, film’.’It relates the story of Welsh explorer John Evans who went to America looking for what he thought of as descendants of a Welsh Prince and his followers; Rhys tells it with wit and imagination. In the film version he is accompanied throughout his travel by a dummy version of John Evans; sometimes comic, sometimes tragic.

When the Welsh Books Council changed its name to the Books Council of Wales, the implied emphasis on books rather than on publishing in general remained. Nevertheless when I approached Helgard Krause, its director, with a proposal for a bilingual enhanced ebook on the history of Welsh film and television, the response was very positive. It was to be co-authored with Iola Baines, curator at the National Library’s Screen and Sound Archive. We were both admirers of Wales and Cinema: the last hundred years, Dave Berry’s massive volume on the same subject.  But we thought we could see a way of bringing it up-to-date and of giving the history a new vividness.

Making the app was a voyage of discovery

One example illustrates the way in which an enhanced ebook or app can provide something extra. There is a dramatic moment in the feature film Tiger Bay when child actor Hayley Mills playing Gillie is singing a solo of Psalm 23 at a Butetown wedding. As she reaches the line ‘Though I walk through Death’s dark vale…’ she falters, spotting a man in the congregation who she has seen commit murder. In his book, Dave Berry refers to that scene and describes Tiger Bay as ‘among the finest British suspense thrillers of the fifties’. But he is only able to illustrate the film with a photograph of Hayley Mills as Gillie. We could not equal Dave Berry’s comprehensive knowledge of film but we could bring his book up-to-date and, by publishing it as an app, include not only that dramatic scene from Tiger Bay but 24 other clips from films that we saw as important in the history of Welsh film and television.

It hasn’t inhibited us from being critical. In Picturing Our Past/Fframio’n Gorffennol, we say that the film ‘uses Butetown as set dressing, the people of the area becoming little more than an unusual background to the drama’ – and point out that no black actor has a significant role. Viewers/readers can now judge for themselves – our enhanced ebook is available free from both Apple and Android app stores.

For me making the app was a voyage of discovery, seeing for the first-time drama/documentaries like David in which the central character, plays himself learning of the death of his son, and dramas like Un Nos Ola Leaud, director Endaf Emlyn’s unsung masterpiece.

The launch of the Clwstwr project in 2018, aiming ‘to put innovation at the core of media production in South Wales’ was a big step forward, but print publishers in Wales remain cautious. Wales Online puts up the occasional video on its website and both Planet and Poetry Wales have digital links. But ebooks or apps get very little response from the Welsh print media – only Barn gave Picturing Our Past/Fframio’n Gorffennol a review – and consequently there has been very little take-up.  Robin Moore told me that ‘it felt like the publishing industry didn’t really know what to do with ebooks.’

The Screen Work 2020 report says that ‘without a long-term vision of what the screen sector should look like, Wales risks frittering away its recent gains in the face of global competition…’ That applies to all screens: cinema, television, laptop and mobile.

Colin Thomas is a television producer/director whose awards include three times winner of BAFTA Cymru’s Best Documentary, a Celtic Film and Television Festival Jury Award and a Prix Europa.