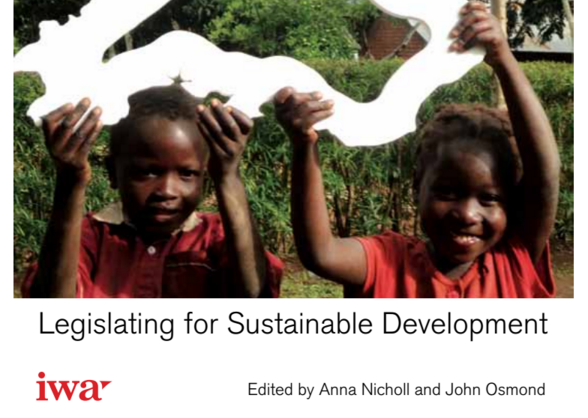 Wales is proposing major changes to the way that elections are conducted, which are ambitious and radical. There is a lot to be welcomed: Cabinet Secretary for Local Government and Public Services Alun Davies and the Commission working for the Senedd have made a serious contribution to democratic change in Wales.

However, we have serious concerns about the proposal for electronic and online voting. The Welsh Government claims that online voting could encourage voter turnout. Others argue that electronic voting might be cheaper or more secure. Cabinet Secretary Alun Davies said:

“I would like to see authorities in Wales take the lead and pilot a number of innovative voting methods, something put on hold at the UK level since the mid-2000s. I want to see whether, for example electronic voting or counting, voting on more than one day and in places other than traditional polling stations, could boost participation rates and improve the overall experience for Welsh voters.”

The UK trials in the mid-2000s were abandoned because the systems were seriously flawed, insecure, expensive and did not help turnout. Our own organisation and the Electoral Commission (PDF) believed that the systems were not capable of guaranteeing that elections were tamper-free.

Introducing online or electronic voting is a serious risk. Rather than increasing turnout, it could reduce confidence in elections, as it will be harder for ordinary people to be confident that elections are fairly conducted.

Online voting is especially dangerous, because it is nearly impossible to know that all the people voting have secure devices, but also because voting at home removes the need for a secret ballot. Postal voting is already a source of voter fraud and intimidation, leading to “block votes”. Large numbers of people voting at home by computer would magnify the risk of voter manipulation.

Only Estonia allows universal online voting for major elections. Their system relies on an expensive, universal system of personal electronic national identity cards used for all government services: something that simply does not exist in the UK.

Estonia’s voting system is considered better than most attempts to implement online voting. However, even in Estonia, the observer team we participated in found ways to hack people’s computers to cast votes “on behalf” of the voter.

There is an apparent “common-sense” argument that online voting is just the way things will go, as everything will be digital, or that the public expects voting to be done electronically, in this “digital age”.

We do our banking online, so why not voting?

This is simply answered: online banking tolerates a great deal of fraud. Phishing scams, card theft and sale of card details account for a vast amount of money, which the banks write off (and charge us for collectively through fees). Fraud on the scale tolerated by online banking would overturn many election results, even the vote to establish The National Assembly for Wales.

Elections cannot be open to accusations of wide-scale tampering. This week, the US state of Georgia started to debate a bill to abandon electronic voting:

“The most secure elections in the world are conducted with a piece of paper and a pencil,” said Georgia State Rep. Scot Turner. “It allows you to continue into the future to verify the result.”

The potential for tampering with voting machines in the USA led to accusations in 2016 that the Russian government had tried to hack the presidential result. The truth is that they don’t need to actually hack the systems to damage trust in US democracy: they just need to create the impression that they may have done so.

Politicians should not be surprised to hear that the factors that drive turnout include the perceived importance of an election and whether people believe that their vote will make a difference. From this perspective, the Single Transferable Vote may well help turnout, as more elections would be truly contested. Online voting, however, does not change the importance of voting.

The evidence from Estonia  and other countries that have tried online voting shows little difference to turnout. Norway trialled online voting in 2011 and 2013: official studies showed that turnout was basically the same, with or without online voting. Indeed, younger voters preferred to vote in person, as it was symbolic for them of their coming of age as an adult. Security fears contributed to the trials being abandoned.

Elections are a cinderella service; done very effectively on minimum budgets. Maintenance of electronic or online voting systems requires significant and continual investment to ensure security and integrity. Lack of investment in the USA has contributed to security worries, with machines that are over ten years old being increasingly easy to tamper.

In Ireland expensive electronic voting machines had to be scrapped as they were viewed as unreliable and unsafe. Over €50 million of equipment was sold for scrap value when the scheme was abandoned in 2009.

Elections require public confidence. Computerised systems are always complex to implement – around 30% of state-run IT projects are abandoned. Wales is embarking on significant changes that will really make a difference. There is a strong political case to leave online and electronic voting aside while making the changes that really matter. It certainly won’t help democracy in Wales to push schemes, including trials, that are likely to create an impression of organisational weakness.

In the USA, voting systems have been identified as critical national infrastructure. This has resulted in a move back towards paper votes.

What should happen now

The Assembly should ask the Electoral Commission along with technical bodies such as the National Cyber Security Centre to assess the current state of online and electronic voting.

Only after an independent assessment should the Welsh Government consider running trials.

When the Welsh Government legislates in the autumn, it should at a minimum ensure that any power to run trials requires an independent report to be produced in advance by the Electoral Commission. Any move to widespread use of electronic voting must be subject to a future vote.

However, the most sensible outcome would be to drop the trials and any lurking powers for trials until there is evidence that electronic and online voting technologies have moved on from their current unsafe and risky state.

7 thoughts on “Online voting : The end of the polling station?”