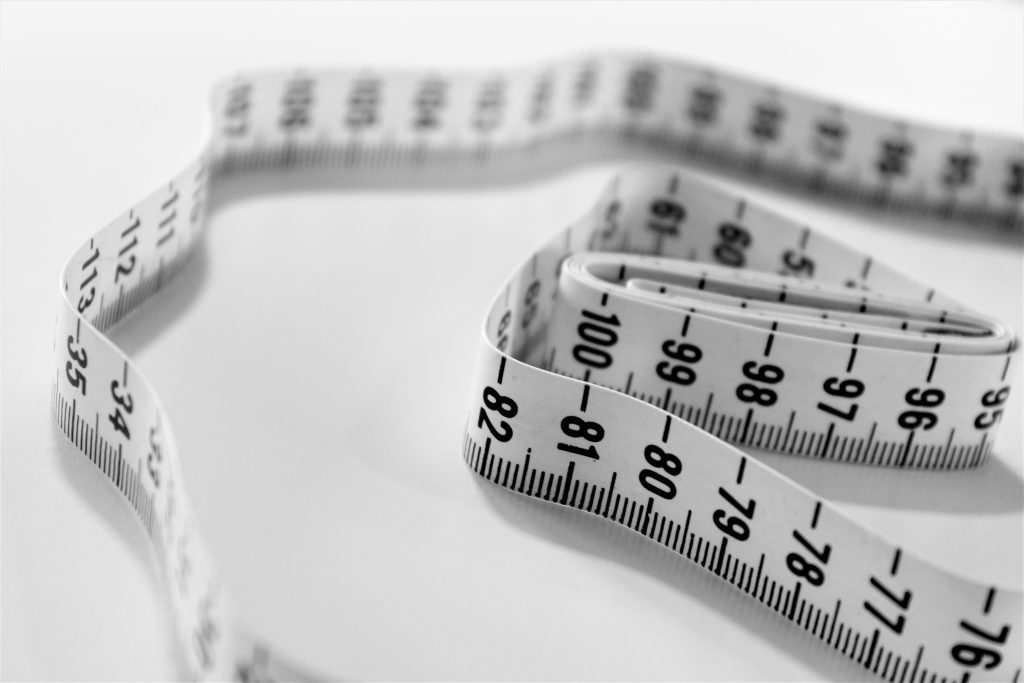 To benefit from a focus on the foundation economy we need a better measure than GDP, argues Mark Lang

This is the second in a series of essays co-ordinated by the IWA Economy Policy group on the foundational economy and its value to Wales.

Over the last five years there has been a growing interest in what has been termed the ‘Foundation Economy’, which was defined by the Centre for Research on Social and Cultural Change (CRESC) as:

‘…very large, mostly unglamorous, rather heterogeneous, and… distributed across the country. It is an economy that meets everyday needs by providing taken-for-granted services and goods…’ (Bentham et. al., 2013).

CRESC argued that it is important to focus attention on the Foundation Economy not only because it addresses the ‘mundane’ needs of the population, but also as it employs about 40% of the national workforce.   In 2015 it was calculated that 125,000 people in south east Wales were employed in the Foundation Economy (LSKIP, 2015). Despite this scale of employment, often these jobs are characterised by low wages, highly precarious patterns of employment and poor working conditions.  Adamson and Lang (2014) argued that this required a concerted focus on the Foundation Economy in economic policy to help overcome these weaknesses. This, they suggested, would not only ensure that a revitalised Foundation Economy had the potential to deliver a social benefit to disadvantaged communities by providing for more distributed economic activity, but also had the added potential to deliver an environmental benefit that arises from a more localised economy.

The Problem with Growth as a Yardstick

Growth is the generally accepted yardstick that economic progress is measured against, and by which government economic policy success is judged.  Furthermore, most classical economic theories tend to have a systematic expression of growth (Vincent, 1995). It tends to be assumed that because growth produced some worthwhile outcomes for a very limited period of time that it is always a desirable objective (Spretnak and Capra, 1986).  Consequently, growth has become the purpose of economic policy. One of the problems with growth is that unless it has been accompanied by high progressive taxation it has led to greater economic inequality (Piketty, 2014), wealth has polarised and globally 1% of people now have as much wealth as the other 99% (Oxfam, 2016).  The UK is now one of the most unequal countries in the developed world (OECD, 2017), and the richest 10% now have over £4tr of total UK net wealth whilst the poorest 10% has negative wealth as their debts exceed their assets. The rate at which this inequality has grown in the UK has increased. In 1997 the wealth of the richest 1% was 18 times that of the bottom 90%, by 2016 it was 60 times greater (Gulliver, 2017).

The central assumption of economic policy has been that everyone benefits from a growing economy.  Indeed, during the 1960s and 1970s there was much to support this perspective, as there was a strong correlation between GDP per capita and indicators of well-being such as life expectancy and literacy rates (Bleys and Whitby, 2015).  Today these correlations are less clear in developed countries (Stiglitz et. al., 2009), and indeed new data released by the ONS shows that increases in life expectancy rates in the UK has stalled (ONS, 2018). Although there have been attempts at reimagining growth in a more ‘inclusive’, ‘distributed’ or sustainable manifestation, there remain issues with each of these attempts to retrospectively adapt it.  Growth has nothing to say about inequality and, as it depends on more and more production and consumption, it would also appear to have little positive to contribute to environmental issues.

The main issue with growth appears to be a continued reliance on Gross Domestic Product (GDP) as the metric on which it is commonly measured.  GDP is defined by the ONS as the main measure of economic growth based on the value of goods and services produced during a given period. Simon Kuznets, who is credited with the original development of GDP, suggested that anything detrimental to welfare, such as inequality, poverty, ecological degradation, should be excluded from growth calculations.  The way that economic growth is calculated today, however, ignores Kuznets’ arguments (Pilling, 2018). Consequently, GDP is not a good measure of economic well-being, as it fails to discriminate between costs and benefits. While upward GDP trends may correlate with perceived well-being for a period, there is a point beyond which continued growth in GDP ceases to contribute to improvements in the quality of life within a society (Max-Neef, 1995; Kubiszewski et. al., 2013), and leads to unsustainable and inefficient inequalities.

The widespread interpretation of GDP as a measure of economic welfare produces misleading results around well-being (Kubiszewski et. al., 2015). GDP may be an appropriate metric to calculate the market value of goods and services produced within a selected geographic area and time (Leamer, 2009), but it is frequently and wrongly used as a measure of the social and economic welfare (Kubiszewski et. al., 2015).  Economist Partha Dasgupta has argued that whereas GDP as our standard growth measurement tells us everything about income, it tells us nothing about wealth. For example, he says ‘if a wetlands is drained to make way for a shopping mall, the construction of the latter contributes to GDP, but the destruction of former goes unrecorded’ (Pilling, 2018). There is growing recognition that GDP is not a measure of economic welfare and that therefore GDP growth is no longer an appropriate national policy goal (Stiglitz et. al., 2010).

The UN 2030 Agenda for Sustainable Development argues for an agenda based on people, planet and prosperity, and identifies that eradicating poverty is an indispensable requirement for sustainable development (United Nations, 2015).  This builds on the work of the UN Brundtland Commission (1987), and has led to greater international interest in alternative measures of economic success that are more consistent with sustainable development. Within this context, a number of initiatives have been proposed to support these objectives.

The best-known alternative measure of economic welfare is the ISEW (Index of Sustainable Economic Welfare) developed by Daly and Cobb (1989).  The ISEW built upon a number of approaches to monitoring economic progress and increases or decreases in welfare. The ISEW combines economic, environmental and social factors into one overall measure.  This not only enables an understanding of the components of welfare gains, but also the costs associated with economic development. It makes a set of adjustments to personal consumption spending to arrive at the index value for a given year.  Christie et al (2003) sought to apply the ISEW in Wales to promote debate and understanding of the nature and limitations of GDP. They found that in Wales the gap between GDP per capita and ISEW per capita increased during 1990-2000, from £6,259 in 1990 to £7,312 in 2000.  This, they concluded, showed that Wales was developing in an unsustainable way.

The GPI (Genuine Progress Indicator) (Cobb et. al., 1995), which is a development of the ISEW model, is a widely used alternative mostly in the United States and Asia–Pacific region (Bleys and Whitby, 2015). The GPI has been used in Maryland since 2010.  Like ISEW, GPI uses GDP as a base on which adjustments of 26 indicators across economic, environmental and social categories are made (Pilling, 2018). Using GPI estimates across 17 countries (representing 53% of the global population), Kubiszewski (2013) identified significant trends to estimate a global GPI.  Using this measure, they concluded that economic welfare at the global scale has not improved since 1978. They argued that future sustainability required a significant shift of policy focus, away from maximising production and consumption (GDP) and towards improving genuine human well-being (GPI).

Johansson et al (2005) argued ‬for ‬a ‬transformation ‬in ‬the ‬industrial ‬system ‬towards ‬a model of the ‘Distributed Economy’, thereby ‬moving away ‬from ‬socio-economically ‬and ‬environmentally ‬unsustainable ‬large-scale ‬centralised ‬production.  A ‬selective ‬share ‬of ‬overall production ‬within this model is ‬distributed and ‬a ‬diverse ‬range of ‬activities ‬become ‬small-scale and ‬ﬂexible. In the distributed model of the economy each node is linked to several other nodes according to the needs and deliverables of each node (Van den Dool et. al., 2009).‬‬‬‬‬‬‬‬‬‬‬‬‬‬‬‬‬‬‬‬‬‬‬‬‬‬‬‬‬‬‬‬‬‬‬‬‬‬‬‬‬‬‬‬‬‬‬‬‬‬‬‬‬‬‬‬‬‬  This was further advocated by Adamson and Lang (2015), who suggested that Wales would require a radical shift of economic policy to embrace an alternative approach to economic development based on semi-autonomous local economies, through localised supply chains and patterns of employment. They did not advocate a total separation of local economies from wider economic activity, but it did suggest that economic activity needs to become significantly more localised to achieve more equitable and sustainable outcomes (Adamson and Lang, 2014; Lang, 2016).  An approach also advocated by Gulliver’s (2017) manifesto for the Human City.

The UN Brundtland Commission (1987) suggested that ‘no single blueprint of sustainability will be found, as economic and social systems and ecological conditions differ widely…’.     Fioramonti (2017) argues ‘contrary to the growth mantra, which has standardised development across the world…an economy that aspires to achieve wellbeing should be designed by those who live it, in accordance with their values and motives.’  In Wales, the Well-being of Future Generations Act (2015) places a legal duty on all devolved public bodies that requires them to safeguard and improve economic, social, environmental and cultural well-being. This would appear to be consistent with an alternative approach to consider economic progress.

Efforts to ensure that the benefits of the Foundation Economy are realised and that weaknesses are overcome, should be based on more appropriate measurements than GDP growth.  As currently calculated, growth is a poor indicator of social and ecological well-being. If the Foundation Economy is promoted and supported on the basis of increasing its contribution to existing measurements of growth, then the focus of attention may pay insufficient regard to its potential true value to issues such as overcoming poverty and inequality, assisting ecological regeneration, and promoting community resilience.  The Foundation Economy has significant potential to add to Wales’ national well-being, but only if it is understood and supported from this broader perspective.

Mark Lang is an independent social and economic researcher who has occupied a number of key roles in the public, private and voluntary sectors over the last 18 years. He is an Honorary University Associate at the Sustainable Places Research Institute, Cardiff University. His research interests tend to focus on social and ecological economics, sustainable place-making and the anti-poverty agenda.