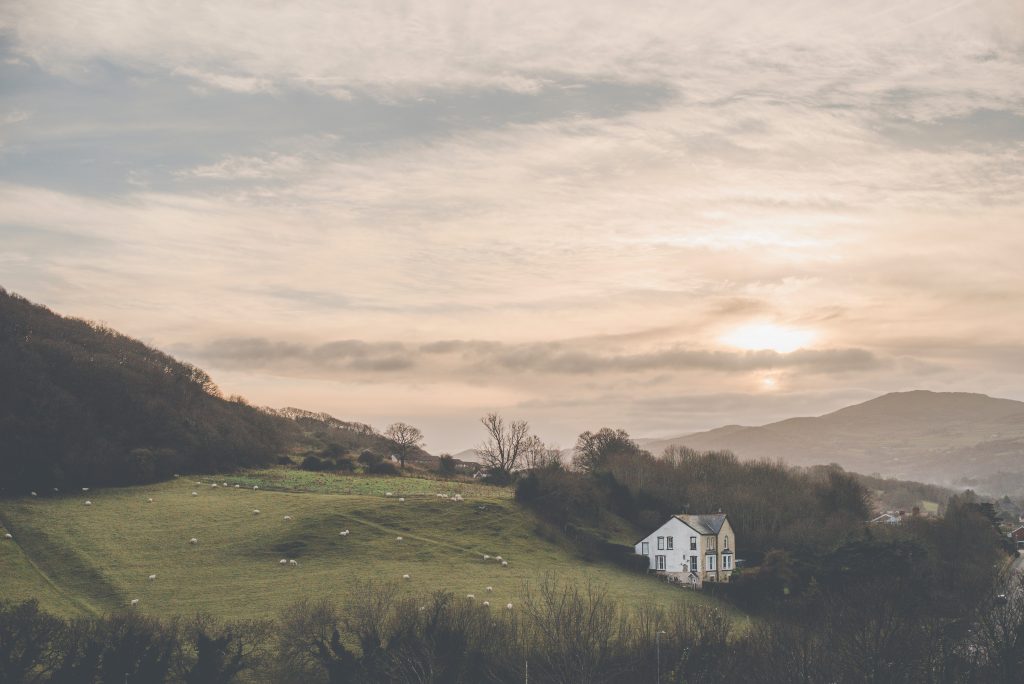 Noreen Blanluet discovered a welcome in the hills and an energy in the land. It’s why she belongs to Wales

I was in the south west of France with a half-Norwegian half-Geordie friend, meeting his English neighbours. I guess it was one of those weird situations that sometimes happen.

‘Are you Welsh?’ they asked.

‘You sound Welsh,’ they said.

‘I’ve lived there a long time,’

I answered and talked about something else, wanting to avoid further questions and to ponder at leisure how my brain had managed to forget for a few seconds that I was born in France and still held a French passport.

The truth is I don’t sound properly Welsh. I grew up in a bilingual home, speaking French in school and English with my family, thanks to my parents’ deliberate effort to ensure I mastered speaking and reading both languages. After 17 years in Wales I have picked up enough intonations to fool the casual observer, but I retain the odd strange pronunciation. When I’m tired, my grammar reverts to French structures and idioms, like the reverse of the medal, no? I mean the other side of the coin.

Unlike several people I know, and many more I read about, I haven’t had any experiences of being told that I’ll have to go back home when Brexit finally gets signed off. I might not sound properly Welsh but I don’t sound very French either. Also I look a bit Chinese but not completely, because my father was French while my mother was Singapore Chinese (now naturalised French) with English as her primary language. I grew up with exposure to a British culture inherited from pre-independence times, familiar with Marmite and baked beans as much as tofu, rice noodles and boeuf aux carottes.

So where do I belong? On paper I am French. But trips to France to visit family are just that – visits – and I am glad to come home to where the cat is, and my work and networks. I have lived in the UK for nineteen years, nearly as long as I spent growing up in France, and in Wales for most of this time.

My first experience of Wales was at sixteen, on a farm near the Shropshire border. Gazing out of the guest bedroom window at the rolling hills, fields and hedgerows, this place I was visiting for the first time felt strangely like home, and I was to return year after year with the same inexplicable sense of belonging. There is an energy to the land that resonates in my bones. No surprise then that – not that many years later – my work footsteps brought me back from France to England and then to Wales, to eventually settle and put down roots.

There is kindness, openness and connection here. People chat at bus stops, in the queue at the post office. Like everywhere there are petty, small-minded people too, but I have always felt there is a welcome in these hills. The language and culture are woven through mundane things, down to the bilingual road signs. It’s like an additional dimension, inaccessible to me in its entirety through my mere smattering of Welsh, but nevertheless seeping across and enriching my everyday experience.

I find renewed hope here. Wales has the most visionary laws of any country in the world, aspiring to preserve the environment and culture for future generations, intending to involve citizens in shaping the public services that support us: a fairer and more sustainable Wales where everyone has a voice. No-one else has taken the bold step to enshrine this into legislation. Yes, they are recent laws, and yes there are a great many challenges before they become reality, and we are still a far cry from realising this ideal… but I don’t see anyone else trying. In the political and economic uncertainty of these times, here is a plucky little nation that just gets on with it and does good things, without making a fuss and without bragging about it.

Perhaps belonging has little to do with where you are born, but with where your soul comes alive. Lots of things are broken everywhere, but here’s a place my heart tells me is worth fighting for, where I can keep trying to make things better. My job is to help public service organisations shift to more citizen-centred approaches; I couldn’t see this happening in this way anywhere else right now. This beautiful, frustrating, complex, annoying, wonderful place is like family: you fight and argue and slam doors, but at the end of the day you wouldn’t want to be anywhere else. Maybe that’s what belonging to Wales is really all about.

Photo by TK Hammonds on Unsplash

BELONGING TO WALES / PERTHYN I GYMRU is a new series featuring extraordinary stories from ordinary people across Wales and beyond. It will investigate how individuals find a sense of belonging to their local community and to the nation.

We are actively seeking submissions to the series. Email [email protected] for more information.