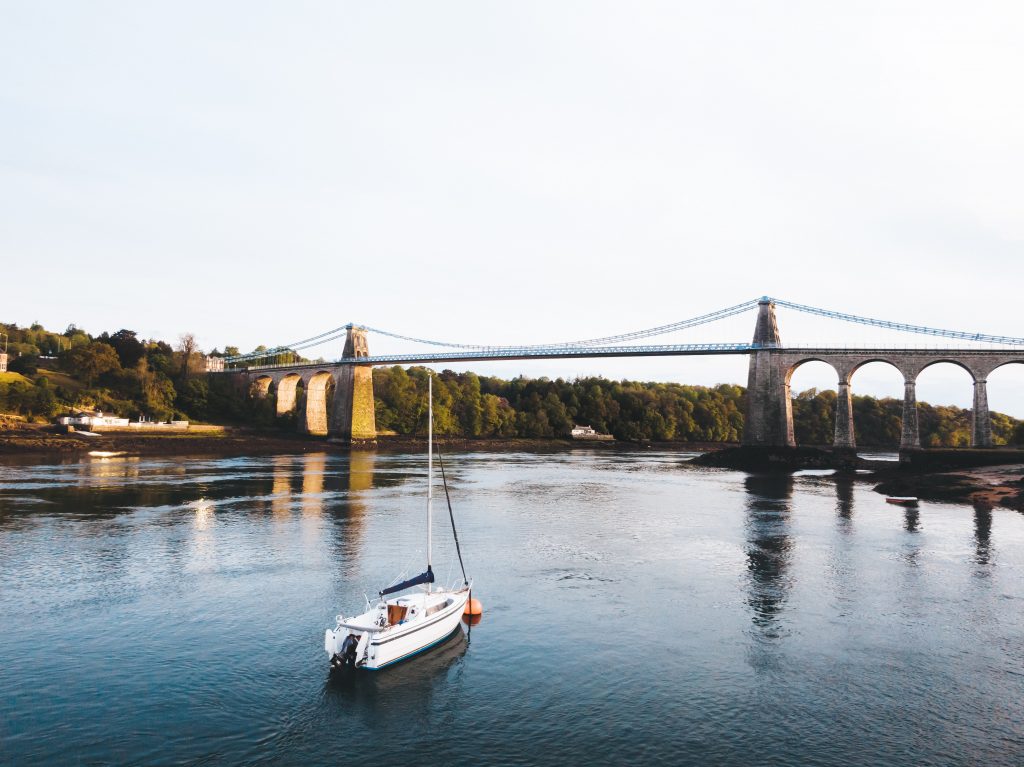 Frances Williams observes that, even in the midst of pandemic, politicians in Wales and Westminster are not above a dirty blame game

A chatty man shouts ‘hello!’ over his front wall. I stop for a few minutes to compare notes on life in lockdown before we stray into discussing the recent proposal – made by the First Minister – that Wales might lift the lockdown earlier than England.

‘What are we going to do? Stand two metres apart in Chester, but not in Menai Bridge? How’s that going to work then!’ Mark Drakeford is ‘playing politics’ with people’s lives, the man derisively concludes.

Living with the coronavirus is ‘like having a silent killer waiting for you outside your front door!’ I am shocked by his dramatic characterisation of the virus, whose fearful effects he portrays in this vivid way. ‘Nice to meet you anyway,’ I conclude, keen to demonstrate that I am not myself a prospective killer.

One of the most difficult things about lockdown is how casual encounters – such as the one above – have been so circumscribed.

Social media echoes back the opinions of those who largely think and feel the same way we do. This limits our collective ability to engage in the kinds of dialogue conducive to democratic society – our ability to share our differences well.

Despite disagreeing with his outlook on politics, I could empathise with this man’s isolation, happy to exchange what used to be called ‘civilities’.

I have spent the last four years working as a researcher, free to enquire into the views of a wide range of people. My thesis examines how Arts and Health Policies have been ‘aligned’ at a local authority level, in both North Wales and the North West of England.

Rather than sticking to the study of joint policy documents, I hung out amongst different networks and groups to sense ‘atmospheres’ and pick up ‘ambiences’. Adopting research methods taken from human geography, I became interested in how policy might best be observed off the page in its lived moments, as it is interpreted, understood and ‘felt’ by those it affects.

The IWA’s Andy Regan implies that policy expertise is usually framed in disparaging ‘expert’ terms. You have to be a ‘wonk’ or a ‘geek’ to be interested in finer meanings. But as Welsh Government adopts its own distinctive response to the pandemic, he suggests that ‘we are all constitutional geeks now’.

He is right of course that we must pay urgent attention to how we understand how the UK and Welsh governments relate, as more depends on this dynamic than ever before. Regan makes the case for more scrutiny around how these bodies might work better together in more ‘harmony’, not in spite of policy differences, but because of them.

It’s been curious for me to sit at home and observe through the media how the discourse of devolution has grown ever more muddy with the size of the pandemic. Of course, healthcare has always provided emotive ground for party political point-scoring. David Cameron suggested in 2014 that Offa’s Dyke had ‘become the line between life and death’ (referring to the difference in waiting times for cancer treatment between NHS England and NHS Wales).

Welsh and Scottish governments did not lag, but led on lockdown timings ahead of England, advocating the earlier shut down of schools

In riposte, Carwyn Jones argued that Cameron was mounting an ‘attack on Wales’, rather than on Welsh Labour. They each blurred lines of distinction for their own advantage, with policy difference framed as a race or contest – usually with Welsh Government presented as the loser that ‘lags behind’.

Key differences were visible from the outset of the pandemic. But these worked against the usual flow. Welsh and Scottish governments did not lag, but led on lockdown timings ahead of England, advocating the earlier shut down of schools. This effectively forced England into acting along with them in the same week.

Likewise, French President Emmanuel Macron had threatened to close the border with the UK unless it enforced stricter measures against the spread of the virus. Borders were being used to exerting pressures for more congruence along lines of subtle power demarcation. Acts of ‘shaming’ others into action took on a new power, as the timings of decisions became vital to succeeding surpassing the spread of the virus.

Following on to this reversal of influence, Westminster pushed back. Welsh Health Minister Vaughan Gething was singled out for attack by Dominic Raab (stepping in for Johnson, ill with the virus). He chastised Gething for not meeting testing targets. Raab claimed this personal reproach was motivated by a sense of unity rather than division: ‘We need to work together in all four corners of the United Kingdom, to make sure that we reach that national effort’.

Speaking in Gething’s defence, Ken Skates pointed out that Raab was wrong to tick off his colleague in ‘such a public way’, as though they were all playing a team game rather than engaging in covert mud-slinging.

Perhaps the most egregious example of ‘public relations’ being treated as a partisan ‘game’ arose in the states. In March, President Trump claimed he wanted to ‘keep politics out’ of the Federal government response to the coronavirus pandemic. In April he tweeted: ‘Why should taxpayers of America be bailing out poorly run states?’

It suited Trump to seed division between governors as a way of maintaining his own electoral prospects, passing down blame as well as responsibility. New divisions over resources were set in play, as real in their consequences on people’s lives, as any physical wall.

Those who imagine that our own leaders could not partake in such shameless acts of self-interest might need to think again when confronted with the views of voters in North Wales – a part of the toppled ‘red wall’ that swept Johnson to power.

The Welsh First Minister is right to test his powers through threatening to exert them. But he would be wise to take counsel on the feelings of my fellow townsfolk

By chance, I was contacted to take part in a focus group organised by a strategy consultancy to test public opinion on how the lockdown might be lifted across England and Wales. The company in question did not let the participants from North Wales know if their client was the Welsh or Westminster government (thinking this might inform our answers, perhaps).

While confidentiality precludes me from imparting precise comments, I can disclose the ‘atmosphere’ in the group: fearful, distrustful – but compliant. A lot of slack was cut for Johnson and the UK government amongst this sample. Many believed he was doing his best for all UK citizens, including the Welsh people.

This perception remains in place despite the leaked reports showing how Welsh ministers were excluded from asking questions at the SAGE meetings set up to offer impartial scientific advice to the UK Government. The PM’s political advisor, Dominic Cummings, by contrast, could attend, speak and ask questions.

We are left once again imagining what goes on behind closed doors – bolstering Andy Regan’s point that transparency is essential.

But beyond these procedural points, the implication of this muddying of positions is clear. Feelings of blame and shame have proven useful affective tools through which to shape the political discourse.

This disingenuous strategy – to point the finger as a way to to redirect blame onto others – comes straight out of the Trump handbook. It is a tactic that appears to have worked all too well in fearful North Wales.

Frances Williams is a researcher into devolution and the field of practice known as Arts and Health. She completed her doctorate at Manchester Metropolitan University in 2019 and now lives in Menai Bridge.