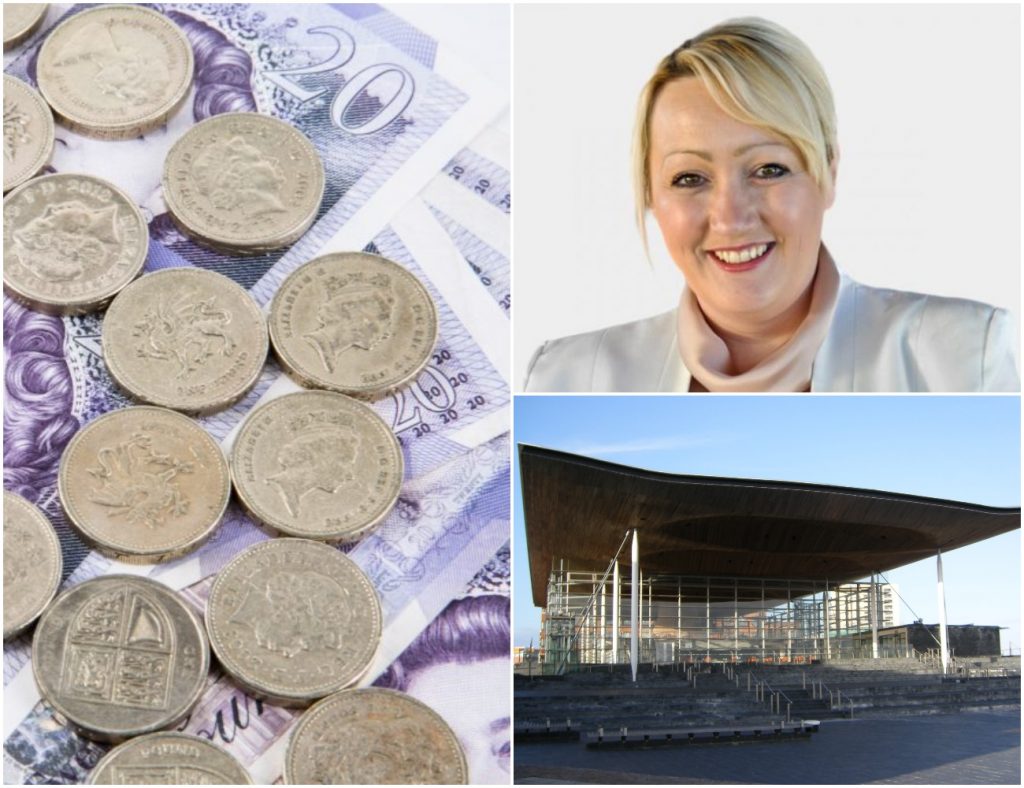 Minister for Finance Rebecca Evans MS looks back at the year and outlines the considerations of the Welsh Draft Budget 2020/21.

It is difficult to imagine a more uncertain set of circumstances in which to publish a draft Welsh budget.

For families and businesses, long held plans have been turned upside down and, for many, personal tragedy has struck in the course of a pandemic that has touched us all.

The impact on the services and the economy we all rely on has been truly profound. Faced with a virus that thrives on human contact, the very fundamentals we normally take for granted when planning ahead have been shaken.

Everything from the ticket revenue that supports our rail and bus services to the footfall that drives the turnover of so many businesses has been upended.

Difficult decisions and rapid re-prioritisation has seen the Welsh Government step in to provide a £2bn package of support for businesses and workers, and close to £200m of extra funding to keep public transport running this year. A snapshot of the scale of this crisis.

While breakthrough vaccines offer real hope and light at the end of the tunnel, we can be in no doubt that there is no simple reset option in the wake of a pandemic of this scale.

Our budget plans will be published a matter of days before the EU transition period expires, and just over three weeks after the Chancellor announced another one year spending review which determined our financial envelope for the year ahead.

“Our main revenue budget for day to day spend per person next year is actually over 3% lower in real terms than in 2010-11.”

For Wales, this was a spending review that delivered a mixture of bad news and no news.

Despite the Chancellor’s claim of a once in a generation investment in infrastructure, our capital budget is down 5% on the previous year, curtailing the ambitious plans we could ramp up to boost the jobs recovery we know is essential.

Our main revenue budget for day to day spend per person next year is actually over 3% lower in real terms than in 2010-11.

Ahead of the spending review, we joined the widespread calls urging the Chancellor to rule out a pay freeze in the public sector, but the wrong judgement was taken in that spending review which means less funding is available for pay in Wales.

We are also set to receive Wales’ share of funding earmarked for COVID spend in England next year which will be prioritised to deliver our ongoing response.

Broken promises on post EU funding will however leave us worse off next year, while all devolved administrations remain in the dark about their share of the Levelling Up Fund announced last month.

Against this backdrop, our task now will be to take the next steps that can support a fair recovery that pushes back against the scarring caused by this crisis and the prolonged austerity that preceded it. Clarity on the values we uphold will be integral to the judgement calls that lay ahead.

Key judgements have already demonstrated that difference in the values we prioritise in Wales. We knew it was right to protect free school meals provision and acted early in April to fund that support.

Unlike the rest of the UK, I also took the decision to cap business rates relief so that public money wasn’t lost to large supermarket stores. Instead that funding that was channelled into the Wales-only Economic Resilience Fund which has now supported over 125,000 jobs.

In July I did not see the case for the scale of the Stamp Duty reductions announced for England by the Chancellor. This is why our targeted and narrow tax reduction period was designed to mitigate the real world, cross border impacts of the Chancellor’s decision at a time when the market was set to reopen after a near complete closure.

Our time limited reforms to Wales’ Land Transaction Tax (LTT) lifted the point at which homebuyers pay tax on purchases up to £250,000. It does not extend to Higher Residential Rates, so taxes are being paid as normal with no reductions on second home and buy to let purchases.

Wales was the only UK nation to take this approach which allowed us to inject a further £30m into social housing investment this year.

Responsible budget management will be essential to protect what matters most and pursue change that is not just possible, but essential.  On Monday, I will set out a draft Budget designed to protect public health and our economy, build a greener future and create change for a more equal Wales.

We will prioritise protecting our health and social care budget and deliver the best possible settlement for local government services which are so crucial to our recovery. We have already frozen business rates for next year and we will go on providing support based on the needs of the Welsh economy.

“In the wake of a pandemic that exposed enduring inequalities, we will act now to boost our existing efforts to tackle inequality.”

Ambitious plans to support housing and education infrastructure will be crucial to our commitment to building a greener future, as will significant investment to decarbonise our public transport.

In the wake of a pandemic that exposed enduring inequalities, we will act now to boost our existing efforts to tackle inequality, promote fair work and support new projects reflecting Wales’ story.

And we will invest now to sustain the positive changes that this pandemic has made possible with new ways of working in more user friendly public services.

In a budget like no other since devolution began, we will protect, build and change to deliver the right values and sound foundations for the next Senedd term.