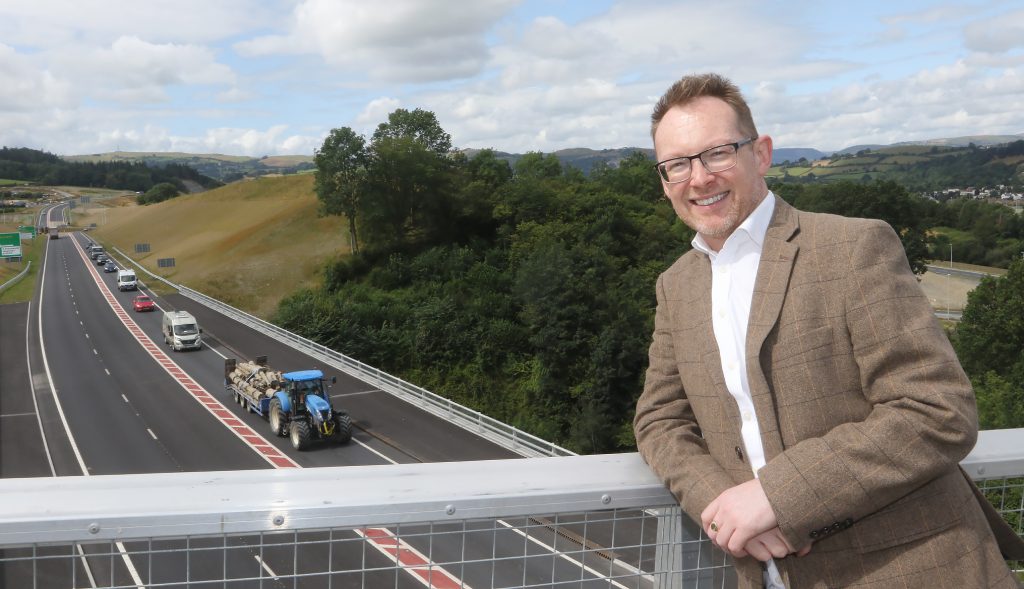 Russell George MS argues that we must harvest the energy of the spirit of our country to build back a better post-pandemic economy.

We cannot underestimate the challenges we face as a nation as we seek to resurrect a disrupted economy, to safeguard jobs and provide new opportunities for families whose livelihoods have been placed under significant strain by Covid-19.

The UK Conservative Government has sought to chart a balanced course throughout the pandemic, taking the difficult decisions to close parts of the economy to suppress the growth of a deadly virus, whilst providing financial support to the economy and to individuals on a scale not seen during a peacetime Britain.

Here in Wales, UK Government intervention has meant the protection of nearly 400,000 jobs, with support for more than 100,000 self-employed individuals, and government-backed loans for just under 60,000 Welsh firms.

Coupled with the successful roll-out of the UK vaccination programme, we can at last start to envisage a world in which we can finally return to some semblance of normality.

Whilst nothing can be taken for granted, it is the responsibility of the Welsh Government to shift the emphasis in planning now towards economic recovery and growth.

All of which makes the upcoming Welsh parliamentary elections the most important since the advent of devolution in 1999.

The pandemic has brought devolution into sharp focus, shining a spotlight on the failings of more than 20 years of Labour running Wales.

In May, voters will have an opportunity to send Labour a message and chart a different course for our country.

“The Welsh economy was in sharp decline under Labour well before the pandemic hit.”

Amidst the difficulties of the past 12 months, it’s worth remembering that the Welsh economy was in sharp decline under Labour well before the pandemic hit, with GDP (the most used measure of a nation’s economic health) down 2.4% at the start of 2020.

Can we really trust them with our recovery now?

I for one, have my doubts, and unlike Labour ministers who believe it’s “foolish” to have plans in place and have openly admitted they don’t know what they’re doing on the economy, the Welsh Conservatives have a plan for our recovery.

Our plan to rebuild Wales will create 50,000 new jobs, and a further 15,000 in the environment and energy sector, which will make Wales the green jobs capital of the world.

It’s an ambitious plan that will support new firms and encourage existing businesses to grow and export, and will move us away from the command-and-control economy of Welsh Labour.

To help revive the Welsh economy we would bring back the very best of the hugely successful Welsh Development Agency (WDA) and bring together the Development Bank of Wales and Business Wales.

Our aim would be to create a more nimble, agile, and dynamic business entity to respond to the needs of firms large and small after the pandemic.

This one-stop shop for business would be arms-length from the stranglehold of the Welsh Government, and would drive new opportunities and prosperity into all four concerns of Wales.

Labour’s decision to scrap the WDA in 2006 put us at a disadvantage in terms of job creation, a position from which we have yet to fully recover, and that decision was criticised in an OECD-written report commissioned by the Welsh Government.

Its reintroduction would give Welsh firms a much-needed cutting edge as we seek to take advantage of the opportunities provided by Brexit, and would build capacity in a creaking economy in desperate need of a turbo-charge.

With the challenges we face moving forward, and after twenty years of decay under successive Labour administrations, it’s time we put on the afterburners in Wales and injected some real urgency to help the private sector to thrive.

In the short-term, the UK Government has rightly been focused on minimising the impact of new barriers to trade with the EU.

“At times during the pandemic, it has felt as though the Welsh Labour Government has done things differently for the sake of it.”

We’ve already rolled over (and in some cases improved) several of the trade deals the UK had with third countries as a member of the EU, but we need to be ready to take advantage of new trade deals, which could soon include accession to the Trans-Pacific trading bloc.

We also need to “build, build, build” our way towards economic growth, and Labour’s dogged resistance to an M4 Relief Road is a stark reminder of the economic dangers of sticking with this dither and delay in Cardiff Bay.

Diggers in the ground would be a boost to the whole Welsh economy, as would urgent investment in upgrades to the A55 and A40; ‘Union Highways’, all of which are significant infrastructure projects with a strategic benefit to wider UK economy.

And it’s that spirit of co-operation that we must foster.

At times during the pandemic, it has felt as though the Welsh Labour Government has done things differently for the sake of it, charting its own questionable path when teamwork would have better served the collective efforts to tackle Covid-19.

Yet the UK-rollout of the vaccination programme is timely proof that we all benefit from membership of a strong Union.

And even in this field where Wales is already playing a key role, and the likelihood vaccination boosters could become par for the course, we’d seek to strengthen Welsh business involvement in the supply chain.

The UK Government’s investment in a Green Industrial Revolution is helping the economy to bounce back, supporting new green jobs, and accelerating our path to net zero.

In addition, we have already unveiled plans to establish a Green Home Grant Scheme to help low-income households to make energy efficiencies in their homes.

Green stimulus programmes can spark a surge in private investment, and we need to create an economic environment in Wales that harnesses the power of technological change, and makes green jobs the centre of a resilient recovery.

Unprecedented challenges call for unshakeable determination, and with Labour’s disastrous track record of economic mismanagement, it’s clear that Wales needs change in May.

It leaves voters with a stark choice. More of the same is unthinkable, whilst the Welsh Nationalist commitment to a referendum on independence would unleash economic uncertainty at the very time we should be solely focused on rebuilding Wales.

That’s why we’ll be encouraging voters to call time on Welsh Labour, and say “dim diolch” to a reckless referendum – and to back our plan to harness the strength of Great Britain and rebuild the Welsh economy.

Russell George MS is the Welsh Conservative Shadow Minister for Economy, Business and Infrastructure, and is Member of the Senedd for Montgomeryshire.