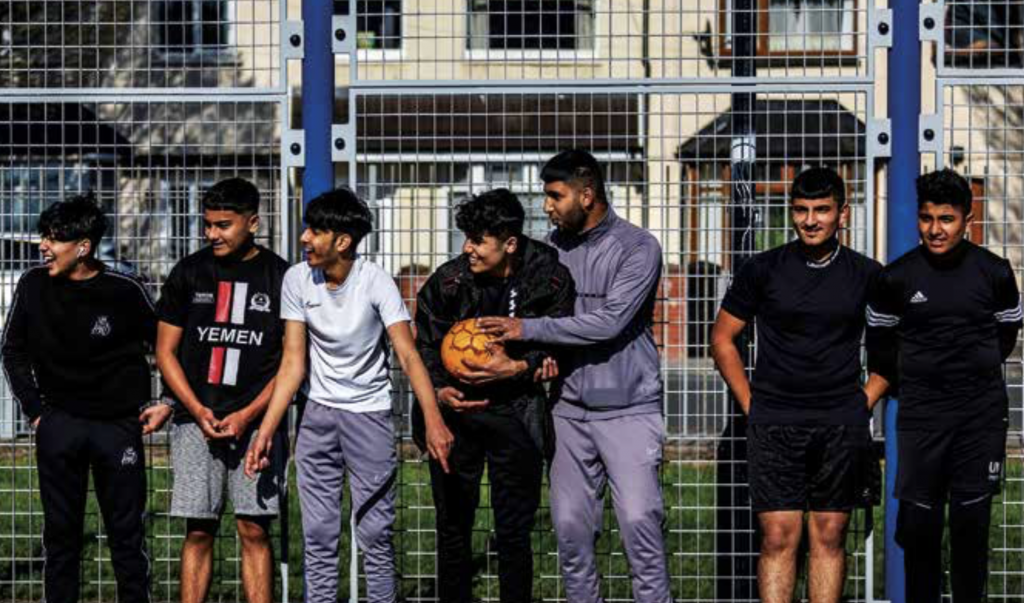 Dylan Moore takes us behind the headline of the IWA’s latest the welsh agenda magazine.

The latest edition of the welsh agenda is available to members now. Join us here.

We had planned to headline the new edition of the welsh agenda magazine ‘Building Back Better’.

Nicely alliterative, the phrase encapsulates how we all want to emerge from the year we’ve just had.

Sadly though, that title was taken by a publication setting out ‘the [UK] government’s plans to support economic growth through significant investment in infrastructure, skills and innovation’.

And a campaign for ‘a new deal that protects public services, tackles inequality in our communities, provides secure well-paid jobs and creates a shockproof economy which can fight the climate crisis.’

And a UNA-UK report investigating the implementation of the UN’s Sustainable Development Goals, and its stated ambition of leaving no one behind.

It’s also the title of a report for the Centre for Cities that ‘examines the pattern of private sector growth within the UK’s seven-year jobs miracle to inform how new jobs can be created as the Government looks to “build back better” and level up the country’.

“Facing the future is simply something that all of us have to do, whether we like it or not, and with or without the tools.”

And a report by the Children’s Commissioner for England. And a series of events at Oxford University.

You get the picture.

In the wake of the pandemic the phrase became so overused the Independent even ran an article exploring who said it first – Boris Johnson or Joe Biden – as both right and left seemed equally happy to employ it to encapsulate their post-Covid vision. All of which is to say: we couldn’t use it too.

Next up, we considered ‘Building Back Fairer’.

Then Welsh Labour unveiled their election campaign, promising to – you guessed it – build back fairer. It was also the title of the Health Foundation’s Covid-19 Marmot Review. And so on.

It was clear we had to ditch any metaphor to do with the building trade.

But I was wedded to alliteration, so we decided on ‘Facing the Future’.

At the time we joked that all we needed was for one of the parties to use this as a campaign slogan; as it turned out, it was a fairly accurate prediction of Plaid Cymru’s manifesto title: Let Us Face the Future Together.

It may seem like semantics, as if all these post-Covid catchphrases blur into one vague, unfocused hope that things can be better in – and here comes another one – ‘The New Normal’. We simply can’t go back to how things were… etcetera.

But in ‘Facing the Future’ there is a subtle shift in emphasis. ‘Building Back Better’ is a political slogan, a catch-all for a whole series of policy considerations.

Facing the future is simply something that all of us have to do, whether we like it or not, and with or without the tools.

The choice is therefore not just about originality or alliteration, then. ‘Facing the Future’ also hints at the subtle shift in emphasis that we have engendered over a series of recent editions.

“Steven Lovatt writes about how Swansea might return to a rooted culture to restore civic pride in the face of hyper-capitalism and globalisation.”

The long-running magazine – now in its sixty-sixth edition – is not just concerned with ‘current affairs’ from a politics and policy perspective. We want the welsh agenda to reflect people’s lives.

That’s why ‘Facing the Future’ leads with articles by Shahinoor Alom about provision for Black, Asian and minority ethnic youth in Newport, Lucy Luca on the struggles facing EU citizens in Wales after Brexit and Grace Quantock writing about how lockdown ironically protected her from the everyday ableism she is subjected to under ‘normal’ circumstances.

Elsewhere Steven Lovatt writes about how Swansea might return to a rooted culture to restore civic pride in the face of hyper-capitalism and globalisation, and Hannah Watkin talks to young people whose careers in hospitality have had a Covid-induced false start as well as reflecting on how recent Welsh literature portrays gay lives.

There are also pieces about politics, of course – because the makeup of the new Senedd will play a crucial role in shaping Wales’ future too.

Theo Davies-Lewis writes about the need for a grown up conversation about constitutional change in the years ahead, and Alex Myles calls for greater political education to equip more of Wales’ young people to grasp the ways in which the decisions taken by the Welsh Parliament affect all of our futures.

Many of these writers have developed through the IWA’s New Voices scheme, which aims to support young people, freelance writers and those from marginalised backgrounds to have their voices heard.

And as we face the future together, we want to hear from you, too.

Never mind the journalists’  catchphrases and politicians’ slogans – what do you want to say?

IWA members get a copy of the magazine delivered to their door twice a year. Find out more about membership here.