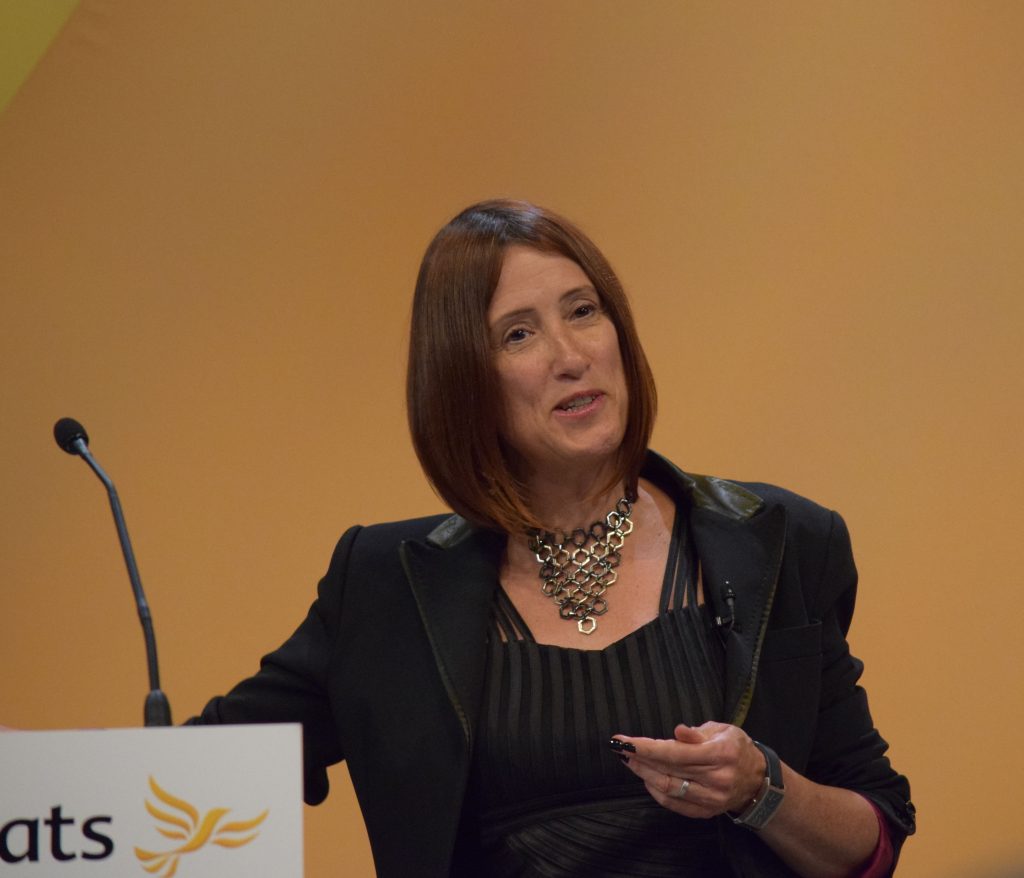 Rhys ap Gwilym speaks to the Welsh Liberal Democrats’ leader about her political motivations and her personal journey.

The spectre of the Welsh Liberal Radical looms deep in our national political consciousness. Of non-conformism writ large on the political stage. Of disestablishment, home-rule and land reform. More myth, perhaps, than reality. Epitomised by David Lloyd George, the firebrand, champion of religious freedom and opponent of the Boer War, ultimately cossetted, compromised and corrupted by the privileges of power. From Cymru Fydd to Ireland partitioned.

Over the course of the last century, the Liberal fervour that had engulfed the country dwindled into lethargy. Usurped of its hegemony in industrialised Wales by the Labour movement, and in the Fro Gymraeg by Plaid Cymru, Welsh Liberalism struggled to assert a clear identity. From 32 out of 34 MPs in 1906 to none in 2017. From Lloyd George as Prime Minister to the ignominy of a party forced to change its own rules so that the leader no longer had to be an AM or an MP, because its solitary AM was not interested.

When Jane Dodds took over the leadership of the Welsh Lib Dems in November 2017, the party was polling at 5% for both Cardiff Bay and Westminster elections. A century of gradual decline had reached its nadir. Few people paid attention to that leadership election. Barely a third of party members bothered to vote in a contest between two relative unknowns. Dodds won on the back of a paltry 587 votes. It was unsurprising that those outside the party hardly noticed the events at all. Many were beginning to question whether the party had a purpose or a future.

Fast-forward two years and the party has seen a substantial resurgence. The October Political Barometer poll has the party riding high at 11% for the National Assembly and 16% for Westminster, levels not seen since 2010. What’s more, there have been significant electoral successes. May’s European elections saw the Lib Dems attract 13.6% of the vote, almost four times their level of support in 2014, and the highest ever in a European election, bar the SDP-Liberal Alliance zenith of 1984.

Then in August, Dodds herself won the Brecon and Radnorshire by-election on the back of a 24% swing from the Conservatives, albeit against a convicted fraudster. In the course of twenty-four months, this revival has taken Dodds from unsuccessful candidate in a dying party to leader of a resurgent party and an MP in a hung parliament where individual votes might well prove crucial.

There is little doubt that the re-emergence of the Lib Dems is founded on their unequivocal opposition to Brexit. Nevertheless, when I spoke to Jane Dodds, I was keen to understand what else binds Welsh Liberals together. A native of Wrexham, Dodds describes her upbringing as non-political – a mother who voted Plaid Cymru and a father who would be ‘spinning in his grave’ if he knew she was an MP.

But it was a childhood that would influence her future professional and political interests. Dodds proudly remembers her family and church hosting choirs that had come to compete at the Llangollen Eisteddfod, and the emotional connection that she made with these visitors from all corners of the world.

Having studied at Cardiff University, Dodds chose to follow a career in social work. Following a period in local councils in England, she gravitated towards working with refugees and asylum seekers. Working for the children’s section at the Refugee Council, she became frustrated that her efforts to support individuals and families in great need were undermined by a system that required them to travel ‘up the down escalator’.

This exasperation at first led her to join the Labour Party, but her membership was short-lived. Having campaigned actively in just one election, dismayed by the Labour government’s collaboration in the war in Iraq, she left the party in protest.

A chance meeting led to a conversion to the Lib Dem cause and subsequently a successful election to a local council in London in 2006. Having lost that seat in 2010, and failing to regain it in a 2012 by-election, Dodds returned home to help support her mother in 2013. She was soon back on the campaign trail, however, challenging for Cardiff Bay and Westminster seats in the former liberal stronghold of Montgomeryshire in the three successive elections between 2015 and 2017. On each occasion, she came a clear but distant second to the Conservative incumbents.

Of course, second was the best result that any Welsh Liberal Democrat – bar Kirsty Williams – achieved in either the 2016 or 2017 general elections. As a result, when Williams decided to concentrate on her role within the Labour Government in Cardiff Bay rather than recapture the Lib Dem leadership, that rule change was necessitated, and the path was opened up for Dodds to gain the party leadership

Dr Rhys ap Gwilym is a Senior Lecturer in Economics at Bangor Business School, and a member of the wlesh agenda's editroial group.