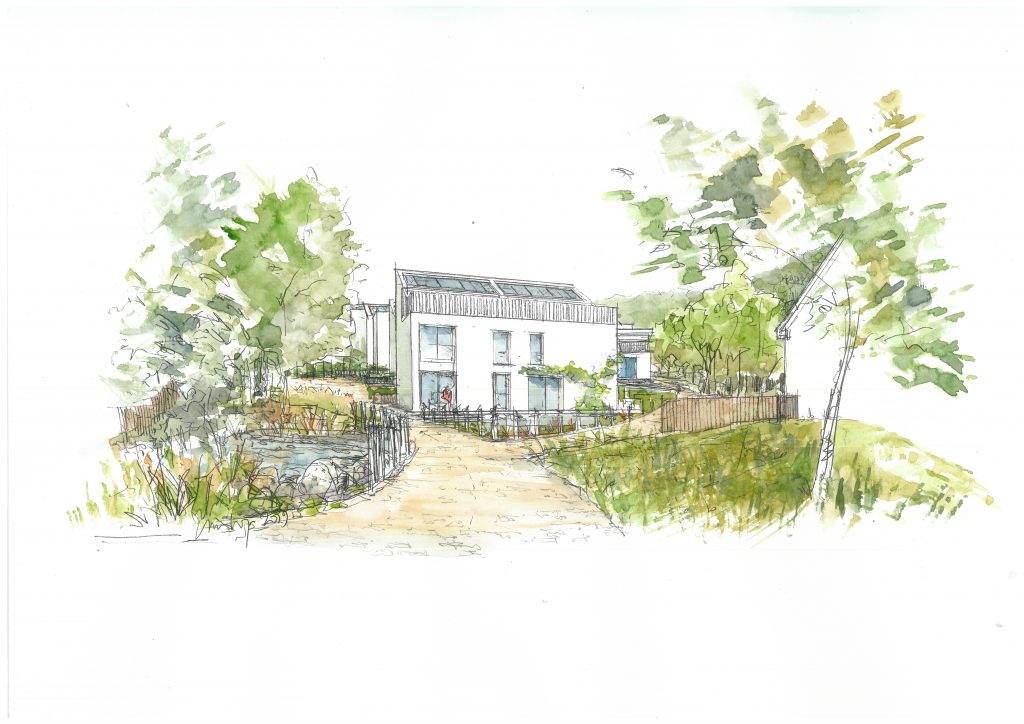 Retrofitting, an upskilled construction workforce and a rigorous inspection regime can ensure that our housing stock is fit for a zero-carbon future, writes Mike Hedges.

We know that we are facing a climate crisis and that unless we take urgent action then we face large scale species extinction and more areas of the planet becoming unable to sustain life.

The Welsh Government is required to reduce emissions by 80% by 2050. Challenging targets need challenging solutions. Reducing the amount of energy we use in our homes will substantially accelerate progress towards these goals.

Achieving the targets will require a considerable ramping up of ambition and must span the whole of Wales’s policy levers. I have called on the Welsh Government to bring forward a ten-year low-carbon housing strategy, including milestones and targets.

The recent publication of Planning Policy Wales (Edition 10) for consultation indicates that the Welsh Government has recognised the need to ensure low carbon development starts at the design stage. The document emphasises the principles of integrating employment, housing and transport policies to reduce the need to travel and to promote active travel.

However, to meet the challenge of delivering zero carbon housing at scale, the Welsh Government must address the failure of the housing market to provide sufficient energy efficient, affordable homes.

There are few large-scale housebuilders and there is little incentive to offer more than the minimum standard required by building regulations. We are told that housebuilders will respond to customer demand, and the lack of energy efficient housing is evidence of a lack of demand.

However, this misrepresents how the housing market works. There is, in effect, little or no choice for most consumers in terms of energy efficiency.

Housebuilders have said that that changes to building regulations will lead to fewer houses being built in Wales. However, providing low carbon homes is crucial to delivering the Government’s own climate change reduction targets. Delivering low carbon homes for all needs a step change in leadership from the Government. The Government must not shy away from using building regulations to deliver a much higher standard of energy efficiency.

Housing Associations and Local Authorities in Wales are responsible for building social housing stock. The Welsh Government has the levers at its disposal to make sure these houses are highly energy efficient, and should be supporting housing associations and local authorities to set an example in the housing they provide.

As part of our proposed ten-year low carbon housing strategy, the Welsh Government should set milestones and targets to transition to all new housing being built to zero carbon in operation standards.

Tackling the existing housing stock will deliver the greatest return on investment. 80% of the homes we will be living in in 2050 have already been built. We have the oldest housing stock in Europe and only by ensuring that these colder, older homes are fit for purpose for the transition to low carbon living can we meet our climate change mitigation targets.

Since 2007, the Welsh Government has spent considerable funding on schemes targeted at the most vulnerable householders to alleviate fuel poverty. This spending has not only reduced fuel poverty but has demonstrated wider benefits.

To have the necessary impact, retrofitting must be done at scale. The Welsh Government should explore the feasibility of retrofitting ‘types’ of houses. Retrofitting means increasing the energy efficiency of existing homes by installing loft and wall insulation, better quality windows or even ground-source heat pumps to warm houses ‘naturally’. This approach to whole house retrofitting is ultimately cheaper, it eliminates the need to return to a property or street more than once.

The Welsh Government must make it appealing for the 84% of owner-occupiers to invest in energy saving technology in the same way that they might update a kitchen or bathroom before putting their house on the market.

This should involve financial incentives, which the Welsh Government has assured us have been discussed, but should start with a promotion campaign to educate homeowners on the benefits of retrofitting energy efficiency. This is a recommendation from the UK Committee on Climate Change which can be taken forward in Wales at once.

What we need is:

Only with targeted investment in these areas, coupled with a real commitment to ensuring its success, will Wales be able to start to address how housing should be playing a key role in reducing our carbon footprint.

This article was first published by Prospect Magazine in December.

Photo provided by Loyn and Co of the proposed zero carbon Parc Hadau development in Pontardawe.