Jasmine Berry makes the case for active travel links between rural communities in Wales as a means to combat climate change.

Communities in mid Wales were excited to welcome the Tour of Britain to our roads recently. But there’s a stark contrast between the safety experience that race participants will have in cycling these roads and the daily jeopardy that we, as locals, experience for the rest of the year in simply trying to get around.

Long sections of the road along which the Tour travelled are narrow and perilous – without cycle lanes or even footpaths. Traffic is heavy and fast as the backed up jams often prove. Few brave the road on a bike, and those that do, take their life in their hands.

As a student studying for my A-Levels and who wishes to work and socialise using a sustainable mode of transport, I fully support the campaign for integrating active travel links between the villages. 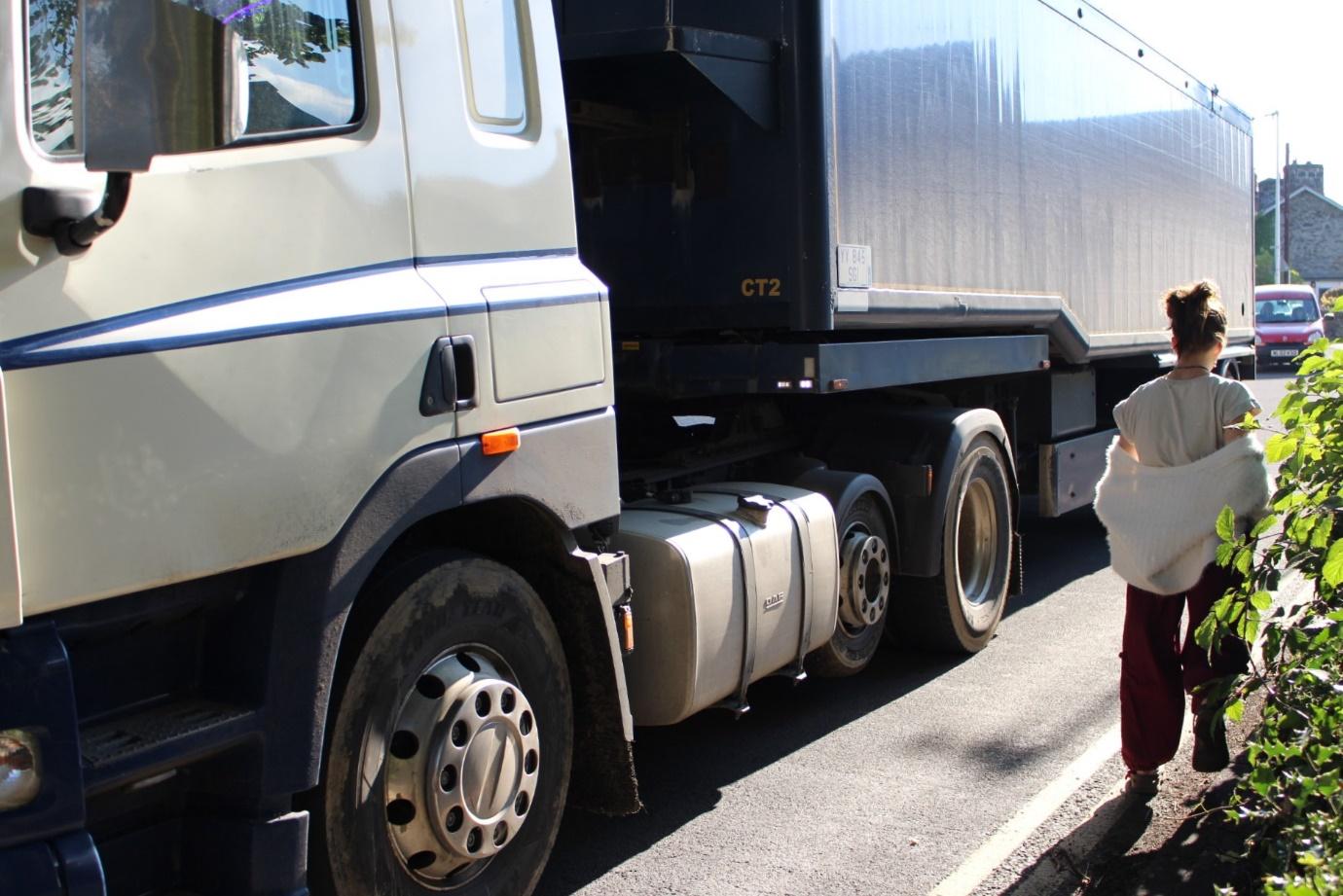 Among numerous other benefits, this would also be far more energy-efficient than car use. The latest IPCC report suggests that we remove all, if not a large majority of, carbon cars, if we are to have a greener future. ‘Cars release 1.6 billion tonnes of greenhouse gases into the atmosphere annually’, according to Fuel Economy (2019).

‘Focusing solely on electric vehicles is slowing down the race to zero emissions.

The other major problem regarding cars, which is having a profound and devastating effect on parts of the world, is air pollution. I am concerned that in my lifetime my generation will face the harsh consequences of today’s actions. A 2021 study claimed that over 10 million people die from air pollution every year across the globe.

A cohesive cycle path in parallel to the A487 would encourage many people to cycle to work, school and university, plus leisure use. It would make people happier and healthier and would transform the daily lives of many.  Amsterdam, where nearly half of the working population of the city cycle to work every day, is known as the ‘bicycle capital of the world’. By contrast, for us here in rural Wales, our communities are often divided by dangerous roads.

Climate Cymru are visiting my village in electric vehicles for their tour around Wales to collect our voices for world leaders at COP26 and share our stories. However, focusing solely on electric vehicles is slowing down the race to zero emissions. Even if all new cars were fully electric, it would still take 15-20 years to replace the world’s fossil fuel car fleet. 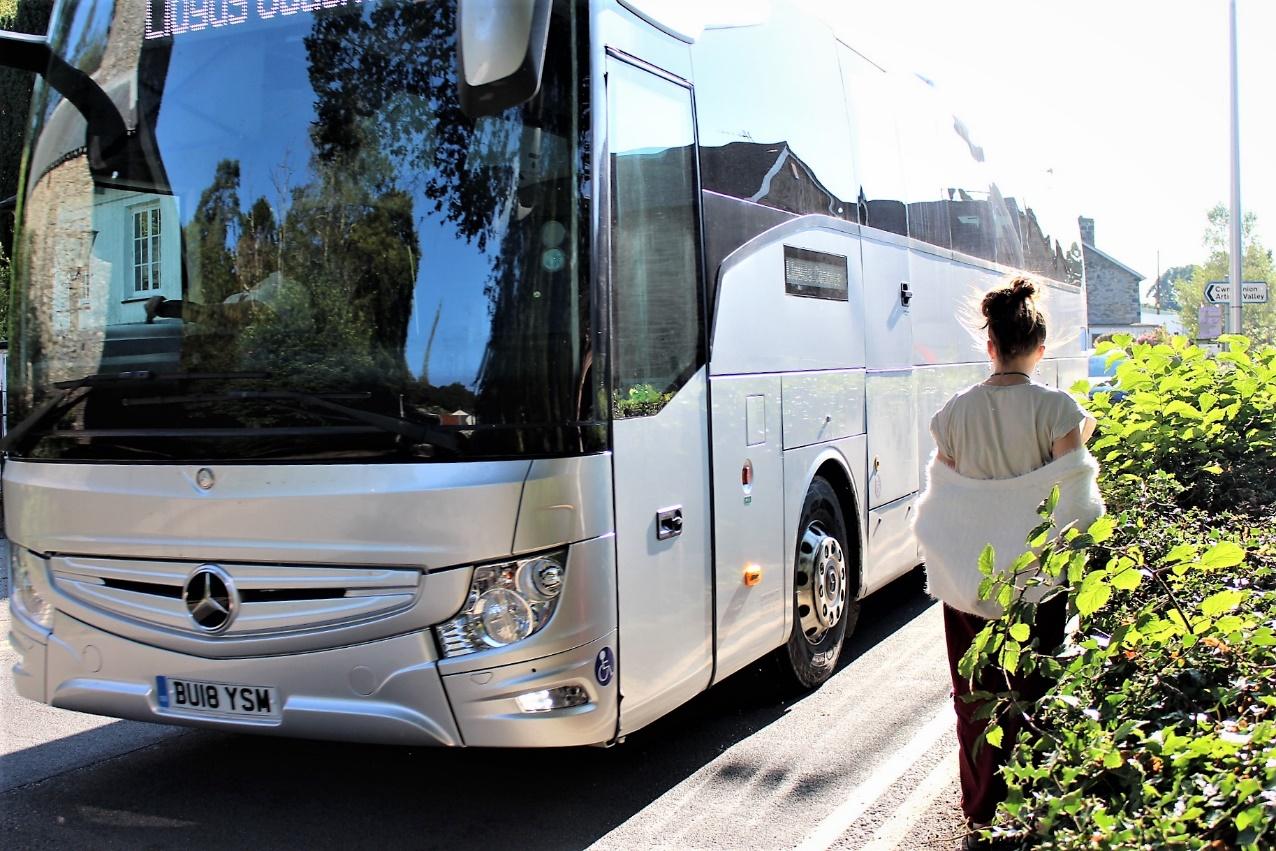 Emissions from cycling and e-biking can be ten times lower than driving an electric car.

‘It is possible to pass legislation but harder to utilise its full  potential.

The A487 trunk road between Aberystwyth and Machynlleth discourages us from being active, impacts the climate and puts lives at risk.

Studies have found there is a strong link between adults that cycle to work and having a lower long-term risk of dying of cancer or cardiovascular disease and that children who cycle to school rather than being driven, have a better concentration level in the classroom. Active travel incorporated into our daily routine is an obvious goal and should be normalised from childhood in both rural and urban areas.

I believe that it is possible to pass legislation but harder to utilise its full  potential. The Well-being of Future Generations (Wales) act has expressed the intention to protect future generations, however it feels to me as though the Fridays for Future Movement in my area was not fully supported by those employed to service and guide young people and their future. The Curriculum pays lip service to sustainability, but there is a disconnect from the infrastructure for this. We have a prime opportunity to lead the way in creating a world that young people will want to live in. 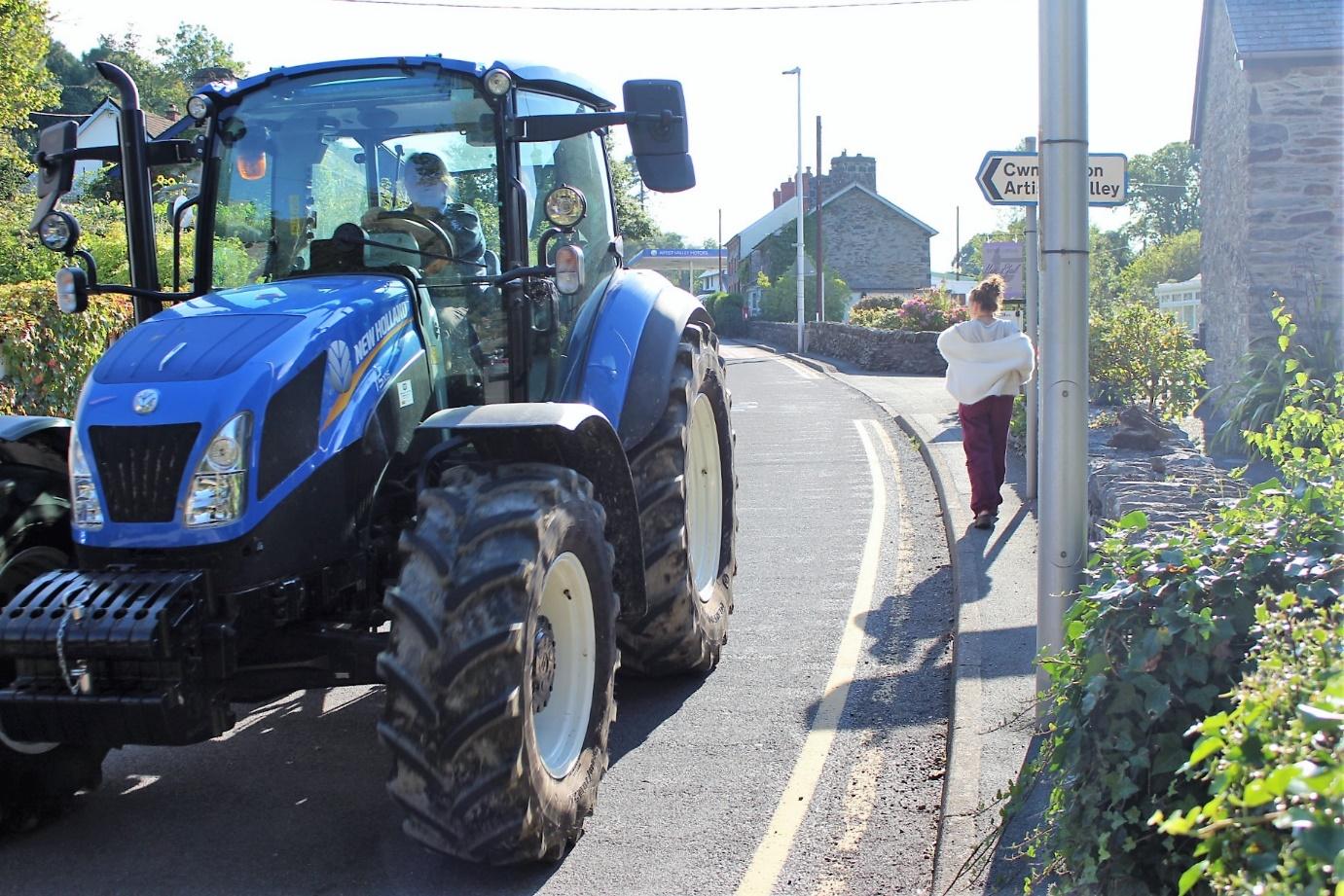 By making active travel possible between our communities, people would become fitter and keep active along with enabling better connections to the towns and villages, making it a more attractive place for all to live and would enable people to socialise after the buses finish at the end of the day. We can make the Dyfi Biosphere a leader in active travel for all and it would undoubtedly drive towards a brighter, greener future.

As Greta Thurnberg says “Once we start to act, hope is everywhere. So instead of looking for hope, look for action. Then, and only then, hope will come.” Let’s start by transforming the A487 from Machynlleth to Aberystwyth so our villages and towns are connected with safe, zero carbon walking and cycling routes.

Jasmine Berry is an A-Level student in Aberystwyth who has been involved in the Fridays For Futures movement and loves walking in this special part of the U.K.

Pictures provided by the author.