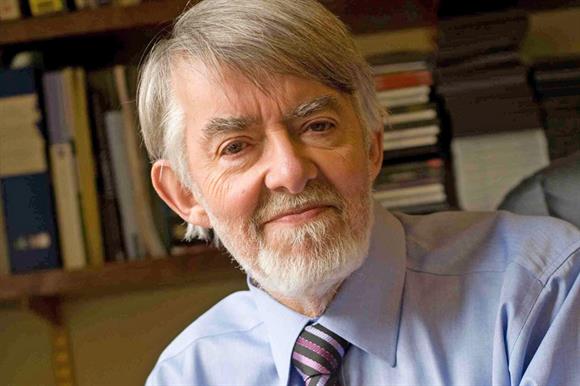 In the wake of the sad news that Paul Flynn MP has died, Adam Somerset revisits an earlier review of his book, ‘How to be an MP’.

How to Be an MP: Biteback Books

“That’s a very good book”.  The time was six years ago and it was the view of a fellow passenger as we waited for the carriage doors to open at Cardiff Central Station. He had seen that I held Paul Flynn’s book in my hand. The opinion of the other passenger six years back – a casual exchange between strangers – lodged in the memory. How to Be an MP was being recommended by Nick Bourne, testimony that there are backbenchers who transcend party to command respect across the benches as great parliamentarians.

Wales Arts Review published my review of How to Be an MP in April 2013.  To reread it at this later time is to be reminded of its bite, its knowledge and its verbal panache. Flynn, for instance, groups parliamentary questions into five categories: ‘shroud-waver, shock and awe, current mania, parish pump and the immediately topical.’

The loss of Paul Flynn is also emblem of the end of an era. He has a counterpart in fiction. In the second series of the Danish television political series Borgen, Bjoern Marrot is toppled as leader of the Labour Party. He had started as a welder and, in life as in fiction, he muses over his career with the Prime Minister. “I’m the last worker in the party” he says reflectively.

The principal impression that Paul Flynn’s book imparts is to remind us as to why we have MPs at all. The Whips need obedience which is understandable. But Flynn embodied the true quality that Parliament requires; that was fearlessness in holding power to account.

“A Freedom of Information Act request in February revealed Paul Flynn’s book to have been last year’s most borrowed book from the House of Commons’ Library. It is not entirely new, an earlier edition having been published by Poetry Wales Press in 1997, under the title Commons Knowledge. It has been thoroughly updated, not only for the era of Bercow, Cameron and May but also for the Independent Parliamentary Standards Authority, otherwise known as the undignified, sluggish and punitive IPSA. Flynn gives credit in this new edition to Madeleine Moon, Jane Bryant, Lisa Eynon and Sam Flynn for help and encouragement.

How to Be an MP has four immediate virtues. It translates parliamentary activities from their Commons’ terminology into language understandable for those who inhabit the place that Flynn calls Votingham. The book captures much of the flavour of a place which remains undeniably strange to the citizenry whose privilege it is to send their Member there.

It cuts beneath the surface, to depict what the House is actually supposed to do. Fourthly it comes delivered in a crisp, pithy prose, which bubbles with example and anecdote. Flynn quotes Orwell, with approval, that language from government ‘consists less and less of words chosen for their meaning, and more of phrases tacked together like the sections of a prefabricated hen-house.’ As the small, human link between the street and the vast organs of State ‘MPs are duty-bound to be jargon-busters.’

On the task of explaining parliamentary process, Flynn devotes four pages to Early Day Motions and their tactical use, cleverly used by Tam Dalyell in one of his many skirmishes with the Executive. Another four pages are given over to explain Private Bills, the mechanism that was used to flood Tryweryn. These are not to be confused with Private Members’ Bills. A smiling Whip offers to buy the Honourable Member for Newport West a cup of tea. The guileless recipient finds it churlish to refuse the Chair of the bill that is to create London’s Docklands Light Railway. With a cup of tea the wily Whip has doubled Flynn’s workload at a stroke.

Ten Minute Bills are ‘a prime weapon in the backbencher’s armoury’ and have a low record of success, only seventeen since 1970. Flynn’s Animal Health Enactment Act is one of them. The section comes with instructions how to best make it work.

How to Be an MP is replete with knowledge of how the House actually works. The Commons loves entertainers, but rarely trusts them with the serious tasks. Around one-third of the seating is reserved for habitual individuals or groups. It is a rare Parliamentary Question that seeks an answer. Flynn divides Questions into five categories: ‘shroud-waver, shock and awe, current mania, parish pump and the immediately topical.’

Westminster is a world unto itself. I once heard a new MP speak to a small audience of a dozen. He became Leader of his party, but was then a new arrival and open about the sense of disorientation that awaits the newcomer. He made mention of the then place for the depositing of the Member’s sword. Whatever the background, says Flynn, ‘Captains of industry, acclaimed academics and lions of charities or trade unions are reduced to apprentice sprogs.’

Flynn runs through a roster of ripe language. Harriet Harman may put on a prim performance for television but when speaking to the party faithful Danny Alexander is ‘a ginger rodent.’ A hero of Hackgate refers to Michael Gove as ‘a miserable pipsqueak,’ although he does later say sorry. But there is a code at work. Rod Richards lets loose ‘a litany of insults’ and every opposition MP leaves. As a result Ron Davies ceases to give way to him, as ‘he does not respect the rules of courtesy of the House.’

The quirks of the place can be entertaining for the outsider. Bernard Braine holds for a while the honour of being ‘Father of the House’. The reason is that in the queue to take the oath back in 1950 on first arrival he bustled his way ahead of the young Edward Heath and thus gained sixty-five minutes of technical seniority.

A Conservative MP, seeking to relieve himself, avails himself of a facility in a division lobby. Disastrously, the Speaker orders the doors closed and the MP is faced with voting against his Party on a close and narrow vote. Flynn himself on one occasion finds himself guided into the ‘No’ lobby and finds himself in a minority of one. The upside is that ‘the Big Issue’ lauds him for weeks as ‘the only principled MP to oppose this damaging piece of legislation.’

How to Be an MP is far from a work of homage, but there are tales of heroism. Frank Judd is ‘the truthful voice on the dreadful Russian atrocities in Chechnya’ and is subject to colossal, state-organised vilification. Dale Campbell-Savours prefers suspension by the Speaker to withdrawing an accusation of criminality against an ennobled novelist. David Taylor denounces the Private Finance Initiative from a position of authority. Tony Wright is a great reformer, despite everything the Whips put in his way. David Davis throws away the chance of office; ‘resigned in extraordinary circumstances … to protest at, among other things, the excessive proliferation of CCTV cameras … The debate he sought with Government did not happen.’ Of Gordon Brown, Flynn declares that ‘he has devoted the sum of £250,000 to charity from his post-PM earnings.’

Flynn has been an MP since 1987, and a knowing personality animates his writing. In an all-absorbing life, a relative comes to stay in the flat that he has shared for seven years with a fellow MP. On being lit, the oven starts to exude smoke. The reason is that the instructions are still inside and that this is the oven’s first use. Flynn observes that all the Labour Members on the Standing Committee concerned with Social Security are Catholic, formerly Catholic or have been in receipt of a Catholic education.

Rhodri Morgan, he notes, ‘dumped his mud-spattered effect tweed on moving to the sartorial elegance of the Welsh assembly.’ In speech Flynn eschews titles ‘especially aristocratic ones.’ The former Chair of HBOS, happy to be addressed as ‘Mr’ instead of ‘Lord’, refers to him in return as ‘Citizen Flynn’. The book opens with ‘Ten Backbenchers’ Commandments’. A breath of fresh air goes with ‘attack opponents only when they are wrong.’

As for the work, what the MP is there for, he advises ‘that constituency work is essential but it’s the sub-plot not the main drama.’ An MP is assailed on all sides by vested interests. A recent File on 4 radio programme revealed that hospital inspection included the bizarre sampling of an A&E department at eight in the morning with the inspectors instructed not to speak to the consultant. ‘Never visit a school, a police station or business,’ says Flynn, ‘without talking to the canteen workers, the cleaners and the caretaker … They have more to say and are more likely to be truthful.’ That makes Flynn number one candidate as a future Chair for Estyn.

Among the least likely of alliances across party must be the quoting of Jacob Rees-Mogg in support of Speaker Bercow. Paul Flynn knows truths about government.‘Governments need the ballast of the stodgy-brained to pack out Select Committees.’ ‘All governments are ultimately conservative and reluctant to challenge the ignorance and prejudice of the popular media.’

Of the recess, and the opportunity to catch up on constituency work, Flynn keeps his eye on Government: ‘Only the Executive is helped by the protracted absence of the Legislature.’ He is a out-and-out Bercow-ite. The Speaker ‘has liberated back-benchers and multiplied our chances of holding the Executive to account … He has reduced the loquacious garbage that clogs the parliamentary word machine. Bercow has been the scourge of the verbose, the self-regarding, boring time gluttons.’

He is generous towards the cyber-world, forgiving of the errors, and Stakhanovite stance, of Theyworkforyou. Cyber-space is a thing of relish for the Whips. Email accounts are an open invitation to a minority, at the expense of the majority who would prefer their representative to focus on the real stuff.

In truth, there must be few among us with an inkling of the MP’s world. The first MP of whom I was aware, was opening a local event on a bucolic summer’s afternoon.A few years on and it was no longer the giant marrow or the sack race that needed adjudication. He was Minister of Defence at the heart of a forty-nation military alliance.

How to Be an MP leaves the reader wiser, humbler, and much entertained on the way. The section on the hazards of being sued is scary. The chapter headed ‘the Media’ is sixteen pages of distilled sense, warning, and experience. The late Member for Montgomery could well have listened to advice from Newport West: ‘sell your soul to the constituency not the media”.

Adam Somerset is a Welsh critic