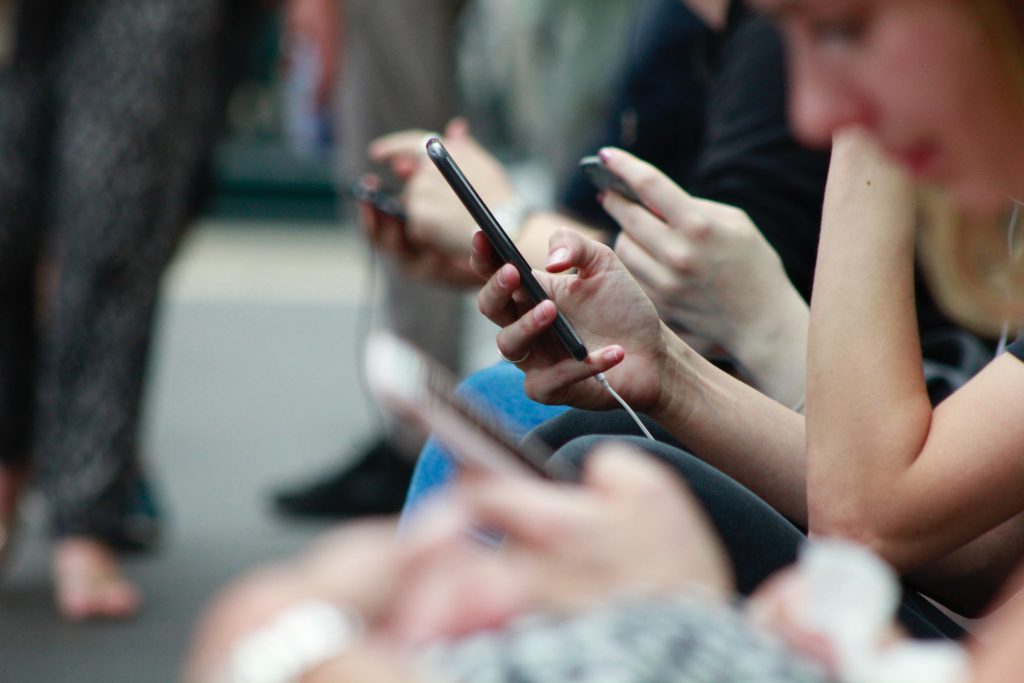 Professor Martin Innes argues the Welsh Government and the Senedd must move to protect Welsh media and politics from disinformation.

In keeping with the IWA’s recent recommendation for a Senedd inquiry into the role of misinformation during the 2021 election, Professor Martin Innes (Crime and Security Research Institute, Cardiff University) warns against the spread of new online disinformation tactics among the Welsh public.

During the afternoon of 24th July 2021, a crowd of over one hundred protestors gathered outside of the home of Mark Drakeford, the First Minister in Cardiff.

The protest, which had started earlier in the day in the centre of the City, involved a coalition of anti-lockdown, anti-vaccine, and anti-mask groups, alongside some more established radical political entities. It came together as part of a coordinated series of events spanning a number of global cities, including London, Paris and Sydney amongst others.

Although fortunately no violence occurred in Cardiff, it is the latest signal of how a toxic cocktail of digital disinformation and political polarisation online is translating into increasingly worrying offline behaviour.

The events in Cardiff demonstrate how the coronavirus pandemic and our collective responses to it have been especially susceptible to being influenced by a variety of conspiracy theories and disinformation. These have variously claimed, amongst other things, that vaccines cause infertility, and are part of a ‘deep state’ plot to monitor and track citizens’ movements.

“Almost every high profile, contentious political incident has acted as a magnet for fake news.

These ideas have underpinned the rapid rise of innovative and intriguing online conspiracy movements such as QAnon, as well as inducing vaccine hesitancy and resistance amongst some young people and minority communities.

Such concerns about coronavirus have been shaped and influenced by a wider climate of concern about how disinformation—defined as deliberately communicated false information—is having an impact across a range of domains of social life. This most infamously included the 2016 US Presidential election, where fake social media accounts run by operatives based in St Petersburg by the Russian state-linked Internet Research Agency were detected trying to manipulate voter opinions and behaviours.

But subsequently, it has appeared that almost every high profile, contentious political incident has acted as a magnet for fake news, conspiracies, and rumours.

Set against this backdrop, for the past three years, my research team at Cardiff University has been engaged in a large-scale research programme seeking to understand the causes and consequences of disinformation upon social and political life, and tracking and tracing specific episodes of it, across a range of political and social domains, right across Europe.

This has included working on coronavirus and public health rumours, trying to detect attempts to subvert the integrity of elections, and how disinforming messages are used to amplify doubt, discord and distrust around major policy debates.

“Disinformation tactics and techniques pioneered by geopolitical actors are increasingly ‘trickling down’.

Key stories our work has informed include identifying a Russian state ‘hack and leak’ operation using Reddit in the lead-up to the 2019 UK General Election; identifying over 400 fake accounts being run by operators in China seeking to influence the 2020 US Presidential election that were removed by Twitter; and most recently detecting a series of ‘political clickbait’ Facebook groups and pages, mimicking the identities of political commentators, that were de-platformed by Facebook.

Although less immediately eye-catching, but potentially even more troubling, is a trajectory of development we have dubbed ‘normalization and domestication’. In essence, this holds that the kinds of disinformation tactics and techniques pioneered by geopolitical actors are increasingly ‘trickling down’ to be integrated into the political influencing strategies of more domestically oriented political campaigns.

The most visible manifestation of this phenomenon has been the US Presidential election process last year. But we have also seen similar tactics being used in places like Moldova, the Baltic States, and currently in Germany, where the Green Party candidate Annalena Baerbock, has been subject to a sustained series of rumours, smears and conspiracies.

“We should not assume that Wales is immune from experiencing similar information pathologies.

In a ‘threat assessment’ report published a few weeks ago, Facebook highlighted some of the key trends they have been observing recently, including: between 2017 and mid-2021 they had detected around 150 covert information operations, originating from over 50 different countries; that those conducting such campaigns are increasingly sophisticated; there has been a growth in those selling disinformation services for profit; and the line between legitimate public debate and manipulated media content is increasingly blurry.

Whilst some caution is required in translating these general trends and their implications for the Welsh context, equally we should not assume that Wales is immune from experiencing similar information pathologies. After all, the recent events in Cardiff suggest that coronavirus disinformation has a footprint within Wales.

Furthermore, there have been a number of recent stories, especially centred on female politicians and public figures in Wales, documenting how they are being subject to smear campaigns, hate and disinformation. For example, ITV Wales reported on the ‘threats of physical harm, online abuse and death threats’ against former education minister Kirsty Williams, which eventually led her to step down from office.

Even if these issues are not yet as pressing in Wales as they are in other countries, taking preventative action is probably wise.

After all, we know there are a number of conditions that make liberal democratic political systems and social orders especially vulnerable to influence operations and disinformation campaigns, both from within and without.

These include: situations where there where escalated political tensions stemming from uncertainty about the causes and consequences of contentious and emotionally charged issues; referendum campaigns and similar (the 2014 Scottish Independence Referendum vote was targeted by the Kremlin); and contexts where the media ecosystem can quite easily be manipulated and exploited in terms of authoring and amplifying false facts.

In light of the recent targeting of Welsh politicians, and the extent to which disinformation has impacted the effectiveness of the public health response to Coronavirus in Wales, there are good grounds for launching a Sennedd inquiry into these issues. These ‘local’ reasons are reinforced by the fact that some of the wider geopolitical trends are also being experienced in Wales. For example, the economic pressures on local news media sources, as audience consumption patterns shift increasingly towards social media bases sources has clearly impacted upon the Welsh media landscape.

Consequently, a Sennedd inquiry into disinformation or misinformation, such as the one the IWA called for in its report Media Priorities for the Next Senedd [pdf], should take as its starting point three main questions.

First, ‘What evidence is there of misinformation and disinformation being used to try and manipulate political processes recently in Wales?’

Second, ‘How can a range of countermeasures be integrated into Welsh media and politics, to help protect people from malign information and influence campaigns?’

Finally, ‘What can be done to prevent Welsh media becoming increasingly exposed to sources of disinformation?’