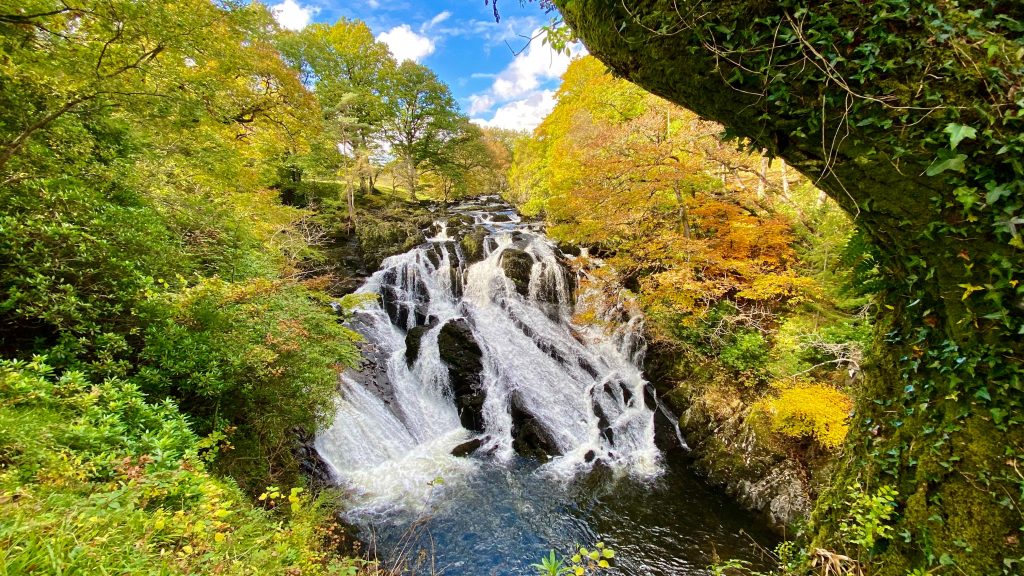 Here are some of the articles published in the welsh agenda in 2021 that best reflect the diversity of Welsh places.

From Treorchy to Bangor, and from Montmouthshire to Ceredigion, our members span the whole of Wales. In this selection, we picked 10 of the articles which we thought reflected the diversity of Welsh places and people in 2021 on the welsh agenda.

Hannah Watkin explores her connection to the Welsh land and Welsh identity.

When away from Wales for the first time at university, I found myself suffering greatly from hiraeth: that famous longing for Wales, Welsh culture and the Welsh people. As a result, one of the first student societies I joined was the Welsh one.

What do the Welsh Parties Have to Say About Welsh Places?

In May 2021, we asked the biggest parties in Wales how they would improve local democracy, community funding, data accessibility and town centres all across Wales. Andy Regan examines their answers in this IWA analysis.

The placemaking agenda should be mindful of who does and doesn’t benefit.

While, Shirish Kulkarni tells us, the London media scene is just not that into Wales, we should turn our eye to the diversity of local press in the country, and make sure that it’s fit for the future. In this piece, he champions a reflective, thriving, inclusive and sustainable journalism.

The success of independent media organisations like Nation.Cymru and Voice. Wales has proved there’s an audience for Welsh national news services; and the launch of Newsquest’s The National is an obvious compliment to the work those outlets have been doing. We also have a growing local and hyperlocal news sector, with brilliant operations like the Caerphilly Observer and Cwmbran Life ably supported by the Independent Community News Network and the Centre for Community Journalism.

Jasmine Berry asks why active travel is not more accessible between Machynlleth and Aberystwyth, and makes a case for better cycling routes between Welsh towns.

Frances Williams reflects on the transformation of the Cardiff Docks and on what might inform a more complex ‘sense of place’ in policymaking.

The kind of national conversation that we’re advocating here is not one that can be had quickly or on a budget. It has to empower the people that we involve, and especially those whose voices are seldom heard in this type of debate.

Discussing his own novel, Dylan Moore argues Newport’s potential as a city for literary fiction has been neglected, and makes a case for better cultural representation of Welsh places.
Although initially planned as a non-fiction project, growing out of conversations with friends met while I volunteered and then worked at Newport’s Sanctuary project for asylum seekers and refugees, the writing process made it clear that if I were to get under the surface of the stories I wanted to tell, I would have to go far, far beyond a journalistic approach that would end up deploying all those soundbites you hear on the news: attempts to capture the lived experiences of many and diverse people in a single phrase.

Polly Winn reviews Rachel Trezise’s ‘Easy Meat’ (Parthian), a day in the life of a typical Valleys boy on 23 June 2016 – when the UK voted to leave the EU.

Easy Meat is simultaneously a romantic and confrontingly cynical portrayal of life in the Valleys, the figure of speech itself seemingly representing how people of the Valleys have too often been exploited, taken advantage of and perhaps overlooked by mainstream culture.

Beyond the 7% – Towards a Politically Representative Wales

As we moved into a new Senedd term, Leila Usmani and Sahifa Miah reviewed Race Alliance Wales’ report into racialised representation and asked: who runs Wales?

Having a true representation of races and ethnicities in Wales and considering other characteristics in representation such as racialised women, young people, disabled and neurodiverse people, and LBGTQIA+ people, was one of the strongest messages to come out of the ground-breaking research.

Culture is ordinary – Sure, but so’s Apathy

On the occasion of Raymond Williams’s centenary, Merlin Gable explores the legacies of the Welsh critic and asks what we want contemporary Welsh culture to look like.

In his final work, the magisterial and incomplete novel People of the Black Mountains, Williams instructs you: ‘See this layered sandstone in the short mountain grass. Place your right hand on it, palm downward. See where the summer sun rises and where it stands at noon. Direct your index finger midway between them. Spread your fingers, not widely. You now hold this place in your hand.’ In holding and considering place seriously and with thought, we can render it unordinary and thus see its true patterns.

No Country for Young Folks: Looking for the Full Picture of the Welsh ‘Brain Drain’

Dr Jack Watkins looks for the causes of the Welsh brain drain, which affects Welsh places from rural Wales as well as cities from Swansea to Cardiff.
The challenges of filling well-paid vacancies for public sector roles such as GPs and teachers in rural areas suggests that money alone does not attract people into an area. Experiments with moving big public or semi-public bodies, such as ONS or S4C, have tended to see staff quit rather than move. Talking to firms in Cardiff’s tech sector, some are willing to offer above-market salaries but struggle to attract the people they need.

Andy Regan is working within the Nesta Cymru (Wales) team as a mission manager for the 'A Sustainable Future' mission. He was previously Policy and External Affairs Manager at the Institute of Welsh Affairs.
Anwen Elias is Reader in Politics at Aberystwyth University.
Dr Jack Watkins is the IWA’s Foundational Economy Project Lead.
Dylan Moore is Editor of the welsh agenda. He writes this in a personal capacity.
Hannah Watkin is a journalist and member of the Editorial Group of the Welsh agenda.
Leila Usmani dedicates her time to research and making demands to redress institutional racism and inequality.
Matt Jarvis is Senior Lecturer in Literature and Place at Aberystwyth University.
Merlin Gable is Culture Editor of the welsh agenda.
Mike Corcoran is Associate Consultant with the Co-production Network for Wales.
Noreen Blanluet is the Director of the Co-production Network for Wales
Polly Winn works in PR, and is the founder of the Cardiff Feminist Book Club.
Sahifa Miah aims to become a future educator and tackle inequality in Wales.
Shirish Kulkarni is a journalist and researcher with more than 25 years' experience working in all of the UK’s major broadcast newsrooms. He also works as a Community Organiser at The Bureau of Investigative Journalism.

Photo by Haseeb Rizvi on Unsplash