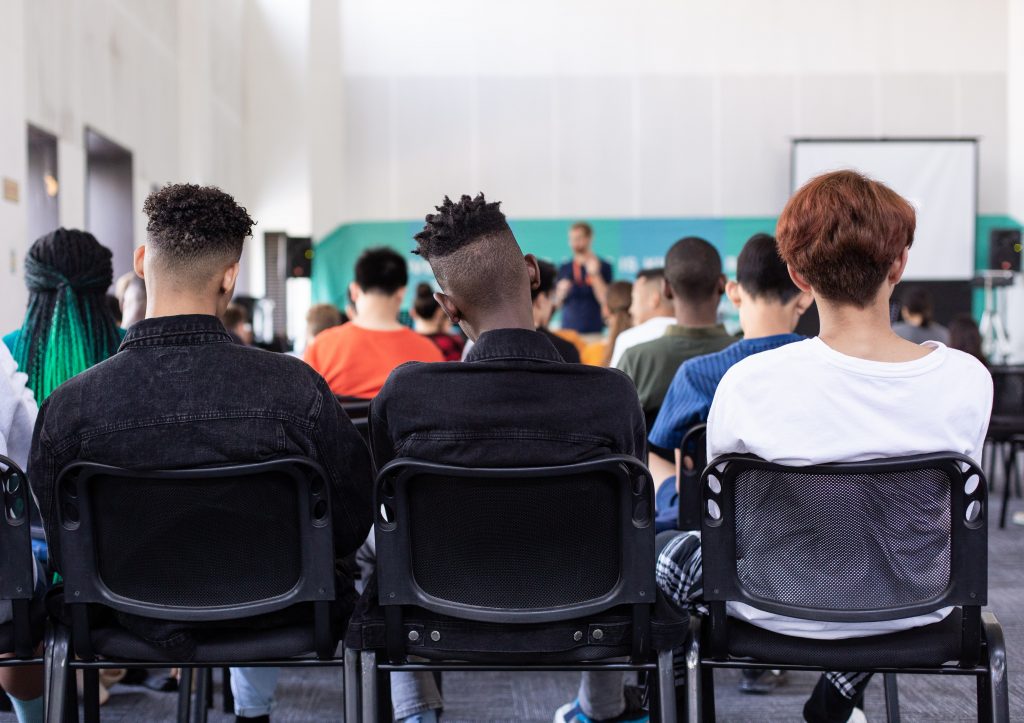 Tade Evans depicts the harrowing impact of the disruptions caused by the pandemic on mental health for A-Level students in Wales.

The rat race that is the UK education system has become one of the most respected in the world.

Many are quick to praise the efficiency and productivity the process of exam boards provide in this country, the rigour and tradition of exam season and the myriad of leading universities.

The whole process begins for most with the arrival of their beloved GCSEs. Any normal year would see hopeful students, dazed, nervous but excited to receive their results in person, after months of devout preparation and support from a government willing to make things simple.

This year was different. 2020, by all accounts, was an absolute shambles. Teens were forced into a minefield of Kafkaesque admin as they tried desperately to decipher what advanced and high tech yet simple and fair method was being used to calculate their grades.

Algorithms, predicted grades, internal assessments, “online learning”: these monuments of a system founded on bureaucracy and data plagued my already fatigued brain as I sat impatiently at my laptop in August, marooned in the middle of an ongoing pandemic.

In this moment, the world stood still. The only noise was coming from friends on the other end of the phone as they too waited with bated breath. The click of the refresh button was the only thing separating me from joy or disaster.

“Passion for subjects faded, friends separated, aspirations hung in the air and a silent majority were left to nurse an asymptomatic virus of the mind.

Finally, the email arrived, 5As, 2A*s and 4Bs. Not bad, I thought. Others were not so lucky.

What followed this moment of bliss in an otherwise sombre world was months of “online learning”. Students were removed from classrooms and stuck behind screens,  expected to exercise the same academic prowess that had been driven out of them by ministers gone deaf. They had indirectly and unknowingly sparked a mental health crisis that was lost amongst the screams of teachers’ unions and power-hungry scientists.

Passion for subjects faded, friends separated, aspirations hung in the air and a silent majority were left to nurse an asymptomatic virus of the mind.

Many argued that this reliance on technology wasn’t all bad, and that easy access to Zoom and virtual events lessened the work load. “You have more free time”, announced in exultation by every parent ever, is a phrase that still rings in my ears.

Social isolation was the first factor for many, school being the only place to see friends and leave a troubled home life in the back of your mind.  To the adults who are adamant that the era of meeting friends offline is gone, this is simply not the case. Psychology tells us that human interaction is a biological need, one that Facetime or a text cannot adequately replicate.

The knock-on effect of being stranded behind a screen was the loss of excitement and fervour for academia, found alongside classmates and in front of teachers.

“Uncertainty from ministers has blocked the once clear path to further education and employment so many of us envisioned.

I can speak from experience when I say that not only did my appetite for education wane in quarantine but that so, too, did my long-term goals; my plans for the future were shrouded in a hazy blur that I thought would never shift.

We cannot, of course, forget to mention the lack of understanding and certainty that online learning provided. Centuries of formal education stand as a tribute to how in-person teaching can inspire, transform and cultivate the intake of knowledge.

As I move into my A-level studies, I’m back at the starting line again. The huge hurdles that the Welsh Government has placed on my path to university are laid before me; students and teachers alike now await updates on whether exams will take place and what they will look like. Uncertainty from ministers has blocked the once clear path to further education and employment so many of us envisioned.

This mental triathlon has become the norm for those aged 16-18 in the UK, but what is the cost to mental stability? And who will pay the price? There is no magic medicine for the supposed surface wound that is “stress and anxiety” and does not fight the dramatic effects these passing months have had on student mental health: a hidden pandemic.

Photo by Sam Balye on Unsplash