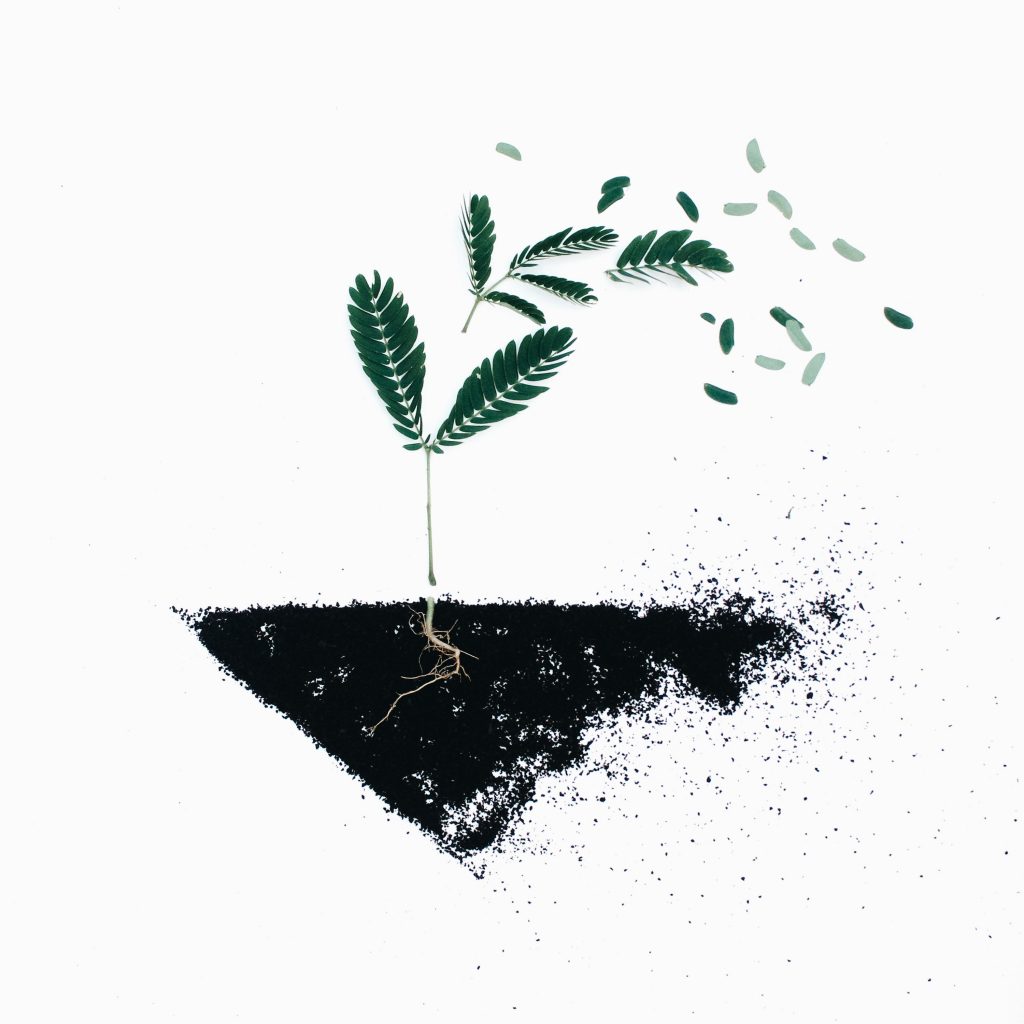 If you have engaged with discussions about the Welsh economy over the last few years, it is unlikely that the term ‘foundational economy’ will have passed you by. It is clearly a concept that has significant currency in both academic and policy circles in Wales, as exemplified by the debate held on this very topic in the Senedd in March 2017. However, it is far from clear that everyone using the term is referring to the same thing. The aim of this essay is to aid the debate by contrasting some of the different meanings of the term, and to argue that parties to the debate need to be more explicit in their own interpretations of the term.

It seems to me that there are two aspects to the ‘foundational economy’ – a descriptive aspect and a prescriptive aspect. The term is clearly referring to a particular subdivision of the wider economy, but also to a set of policies that could enhance the performance of this part of the economy. These two aspects are inter-reliant. In order to have a serious policy debate, there needs to be some consensus as to which parts of the economy the debate concerns. However, in order to determine the limits to the classification of foundational activities, we need to keep in mind that the term will only be of use if it allows some level of coherence in these policy debates.

The etymology of the term is clear. It was coined by a group of researchers at CRESC, and first publicised in 2013 in their Manifesto for the foundational economy, which defines the term as follows:

“What we will call the foundational economy is that part of the economy that creates and distributes goods and services consumed by all (regardless of income and status) because they support everyday life”.

The Manifesto identifies the “mundane production of everyday necessities” and argues that policy makers have neglected these sectors of the economy, as their attention has been drawn by the allure of high-tech, next-generation industries. It contends that, as a result, the foundational economy is pervasively mismanaged and that this has led to it being characterised by low-wage, low-skilled jobs. Hence, they propose a raft of sector-specific measures to invigorate these parts of the economy.

The discussion of the foundational economy has evolved significantly since 2013, and the latest thoughts of this core group of proponents is summarised in a document published recently on their website, which I will refer to as the Summary.

The definition quoted above is concise, and consequently somewhat ambiguous. Therefore, I will begin by putting some flesh on the bones; by examining what these two seminal contributions have to say about the sectoral composition of the foundational economy and about the key characteristics of the foundational economy.  I will then provide a brief critique, before offering three other alternative definitions of my own, and then drawing some preliminary conclusions.

The Manifesto provides a clear taxonomy, listing the following sectors as constituting the foundational economy:

This is a wide and varied collection of sectors, which account for over a third of all employment in the UK.

A broader interpretation proposed by Earle et al (2017) extends the classification to cover almost 70% of employment in Wales, including sectors as diverse as tourism, furniture manufacturing and universities. The Summary assigns these additional sectors to a new classification, termed the ‘overlooked economy’, which is described as an ‘outer sphere’ of the foundational.

Such wide-ranging conceptions of the foundational may be problematic. What are the characteristics that bind sectors as diverse as retail banking, primary-age schooling and sofa manufacturing together, whilst excluding car manufacturing and kitchen retailing?

Characteristics of the foundational economy

The Manifesto and Summary discuss several traits that are common to the foundational economy:

They further highlight the absence of some features. The foundational economy is:

It is easy, however, to find inconsistencies and contradictions in these features. The goods and services that individuals consider necessary in supporting everyday life varies for both subjective and objective reasons. Car ownership might seem frivolous to a city centre resident, but is a prime example of a necessity in rural areas. Similarly, it is difficult to envisage any straightforward consensus on what constitutes the mundane.

To take another example, watching a film streamed to my laptop is to my mind far more mundane than going to the cinema, but the laptop is more tradable and less sheltered than a trip to the cinema.  So which, if either, of these activities belongs in the foundational economy?

Retail banking is a sector explicitly identified as part of the foundational economy in the Manifesto. It would be fair to argue that half a century ago it fulfilled most, if not all, of the characteristics listed above. However, with the move towards a cashless economy, with the expansion of internet banking and with the mass closure of branches, the sector has changed beyond recognition.  In those villages and towns where no bank branches remain, it seems perverse to suggest that this sector remains a part of the foundational.

These examples demonstrate the futility of trying to define the foundational economy on a sectoral basis. Sectors change over time and are heterogeneous over space, and consequently some sectors may be a part of the foundational in some places at some times but not so in other places or at other times. Besides, we may want to designate certain firms or institutions (or even activities) as foundational whilst denying the label to others in the same sector.

Moreover, these examples lay bare the inherent inconsistencies in using a multiplicity of factors in defining the foundational economy. If, instead, we choose to define the foundational in a more holistic fashion, there seem to be three competing candidates – peripherality, rootedness and social utility.

The Manifesto states that “the foundational is all that is left in the declining old areas of heavy industry all across northern Europe”. Karel Williams has eloquently articulated this idea of the foundational as what is left in post-industrial areas when previously dominant employers have disappeared. In this conception, the term ‘foundational economy’ could be substituted quite seamlessly by the term ‘peripheral economy’. We can think of the foundational economy as what remains when all core activities have been stripped away and we are left with the bare bones of an economy that must exist wherever people live.  The foundational is akin to the ‘agricultural sector’ in New Economic Geography models, characterised by constant returns and evenly distributed across space because of its reliance on an evenly distributed factor.

Ensuring that this skeleton functions well clearly has benefits, but on its own this is unlikely to sustain vibrant communities. Much of the peripheral economy consists of goods and services that are traded only on a local level. It is clear that no economy can sustain itself successfully on these sectors alone. If we want to be able to import goods and services made elsewhere into our local economies, we need to have something to export in return.  Indeed, many of the sectors in the peripheral economy are more likely to flourish where they exist as part of a more complex economic ecosystem.

An alternative is to conceive of the foundational as the rootedness of economic decision making in the local economy. This idea of roots is not discussed explicitly in either the Manifesto or Summary, but on my reading lurks heavily in the background of both documents. It is difficult to conceive of a justification for classifying sofa manufacturing in the south of Wales as part of the foundational other than on the basis of an ownership structure and management culture which is closely knitted to its host communities.

However, it would be misleading to suggest that this particular notion of the foundational is entirely at one with those seminal documents. For example, under this interpretation, it is difficult to justify the inclusion of retail banking within the sphere of the foundational.  Even where branches remain open, their function has been transformed, hollowed out to the point where little decision making power endures. The days of the branch manager embedded in the local economy, making autonomous decisions about credit extension, are now just a part of history for the UK banking industry. Bank branches have become transaction hubs and are no longer centres for decision-making.

On this interpretation, many other sectors that the Manifesto identifies as part of the foundational are at risk of losing their foundational status. It is already a common sight on bank holiday weekends to see a flow of Tesco vans from Merseyside following the tourists to the Llŷn. It takes no great leap of the imagination to imagine that food retailing may soon involve much less locally rooted activity. Amazon’s entry into the pharmacy industry, along with increased internet-based diagnostics suggests that similar dislocation may be possible in the healthcare sector.

On this interpretation social care, health, education and other socially paramount sectors require priority not only in economic policy making, but also in the measurement and assessment of the performance of the economy. Proponents of the foundational economy approach argue widely for the de-emphasis of GVA and GDP per capita as measures of economic success, and in favour of securing universal minimum standards of access to and quality of social goods.

The concept of the foundational economy has given rise to varied discussions about the Welsh economy. These have included deliberations about the economic role of sectors such as social care; questions of how we should measure the performance of the Welsh economy; and consideration of the prevalence of rent extraction. How we define the foundational economy is important because it influences how these policy discussions are framed, and indeed which discussions are prioritised.

A sectoral-based definition is likely to elicit sectorally-focused policy solutions. Focusing on the foundational as ‘what is left’ supports an examination of existing strengths but risks ignoring potential external threats to those existing assets. Rootedness is at its heart a question of political economy, of making place relevant within political and regulatory frameworks. Defining the foundational in this way might prompt a debate regarding the legitimacy of local democratic institutions intervening in economic policy and regulation in a way that has rarely been considered legitimate in Wales. Finally, treating the foundational economy as a synonym for public goods is likely to emphasise the issue of measuring well-being.

The Manifesto states that one of the objectives of the foundational economy project is to reframe the way in which we think about the economy. Given the impact that the term has had on discussions of the Welsh economy, it seems fair to argue that the term has already had some success in achieving this reframing. However, if we are to move beyond this and move towards significant policy developments, it may be that we need to recognise the ephemeral nature of the term, and use more focussed language.

Photo by Evie Shaffer on Unsplash

2 thoughts on “What is the ‘foundational economy’?”